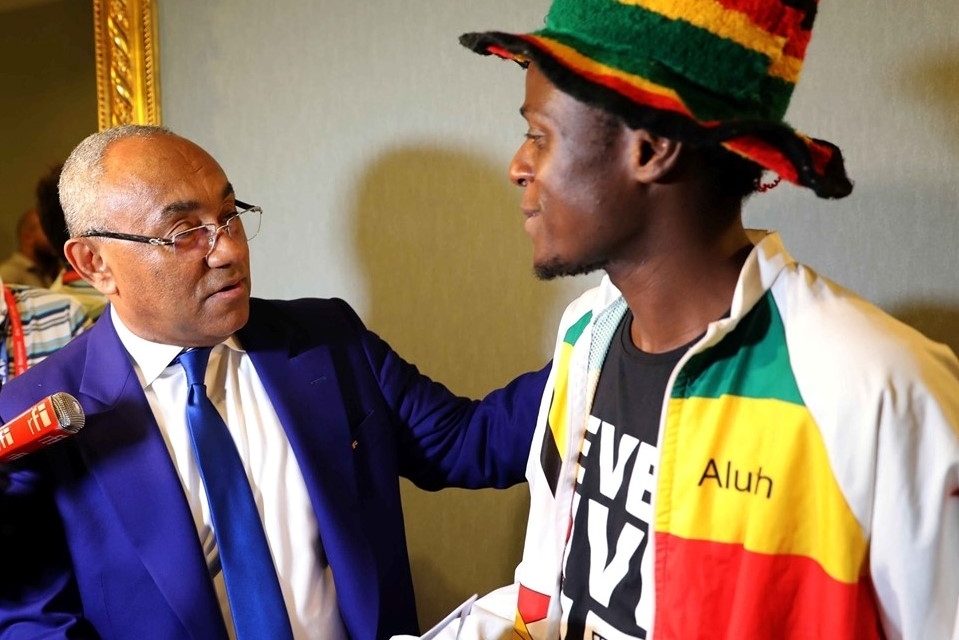 Warriors fan Alvin Zhakata is not coming home following the end of 2019 Afcon as he will spend another week in Egypt.

Zhakata drew the attention of Caf after embarking on a strenuous road trip across Africa from Cape Town in South Africa to watch Zimbabwe playing at the tournament. Unfortunately, the Warriors were eliminated before he reached Egypt.

But the football body has rewarded him for his efforts as he attended last night’s final between Senegal and Algeria in a VIP section. He also received a flight ticket to return home.

As if this was not enough, the super fan will spend a week at a 5-star hotel in the north African country. 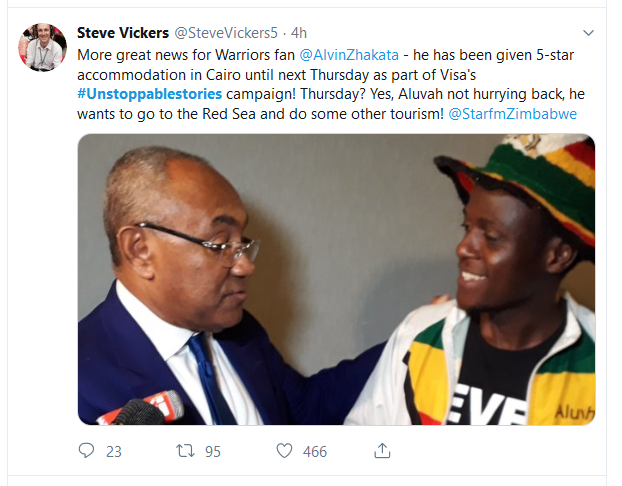