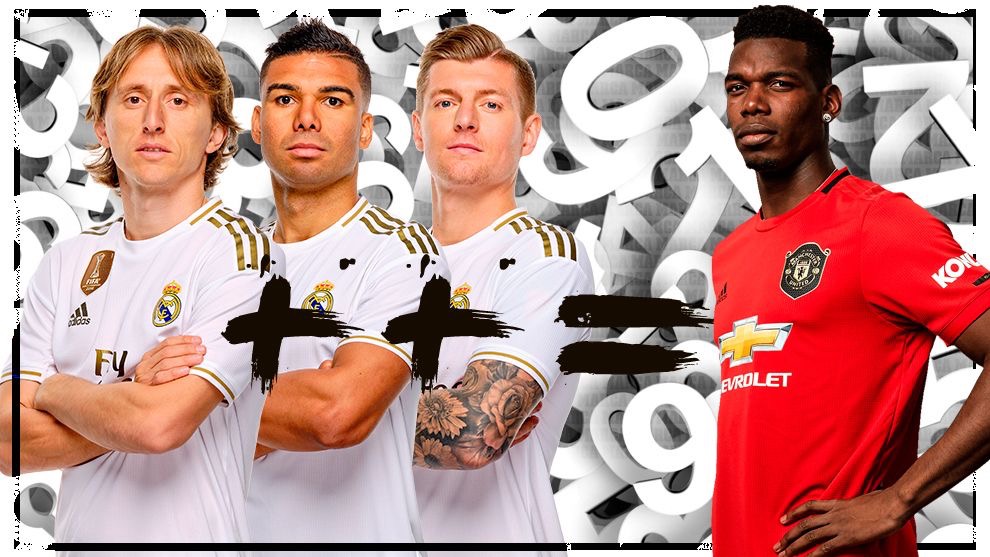 With reports suggesting that Real Madrid coach Zinadine Zidane is still nagging the club hierarchy to sign Paul Pogba, statistics have proved he is justified in doing so.

Zidane regards the Manchester United midfielder as “the missing link” in his Madrid squad and has been constantly asking the club to sign him.

According to Spanish publication Marca, Pogba played 47 games last season in which he scored 16 goals and provided 11 assists. Modric meanwhile, played 46 matches, scoring four goals and recording eight assists. Modric managed to find the back of the net on four occasions in 43 games without providing an assist, while Kroos played the same number of matches but recorded one goal and six assists. In total, the three Madrid scored nine goals, seven less than Pogba, and provided 14 assists, two less than the Frenchman.

If that wasn’t enough, Pogba attempted more shots on his own than the current trio combined: he went for goal on 60 occasions, rather than 45 times by the other three.