Dembele out for five weeks 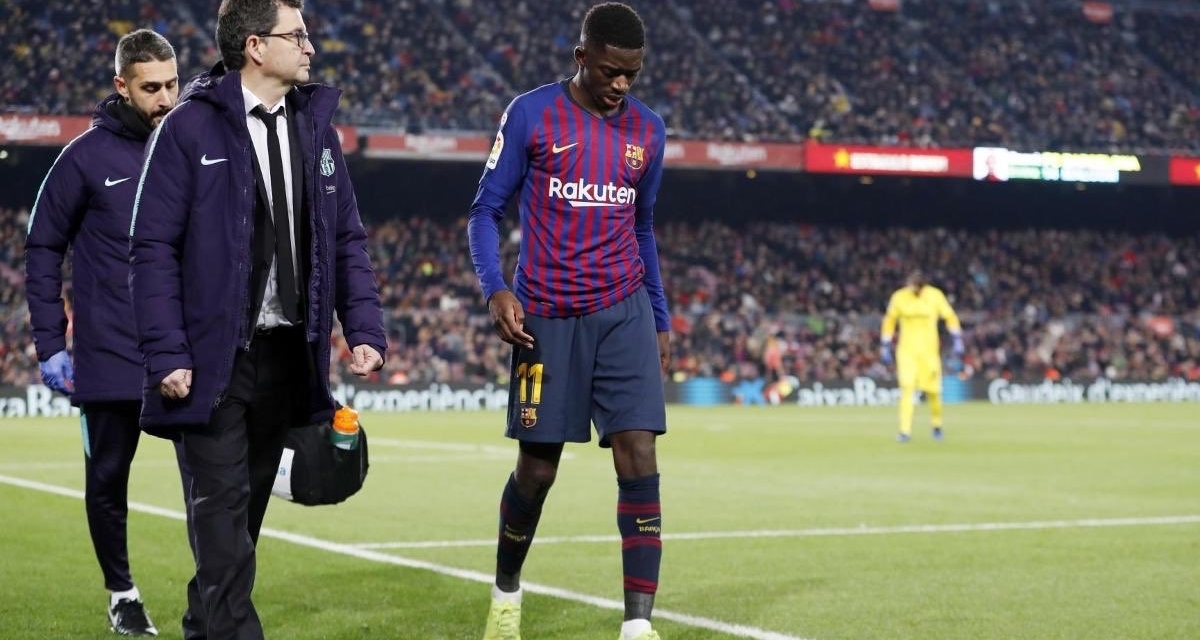 Another injury setback has hit FC Barcelona, after forward Ousmane Dembele was confirmed to be out for five weeks with an harmstring injury.

The Frencman becomes the second Barcelona star to be injured this season after captain Leo Messi missed the LaLiga opener, a 1-0 defeat to Athletic Bilbao, due to injury.

This is Dembele’s sixth injury since joining the Catalan giants in 2017, meaning he has played only 66 games out of a possible 120 for them.

Barcelona next host Real Betis in Laliga on Sunday and will be sweating over the fitness of Messi and Luis Suarez, with the latter having limped-off in the Bilbao game last Friday.