Dynamos were held to a goalless stalemate by TelOne in a Match-day 22 encounter played at Rufaro Stadium on Saturday.

The match created few meaningful chances throughout with the home team’s Nigel Katawa coming closest when his header was superbly saved by Raphel Pitisi in the 39th minute.

The youngster came back again in the second half and was again denied the keeper.

On the other end, the Wifi Boys’ biggest opportunity came just after the hour but Fredrick Muza’s effort missed the target by inches.

The result puts Dynamos on 33 points in the 5th position while TelOne remain rooted in the drop zone.

At Luveve Stadium, Bulawayo Chiefs and CAPS United shared the spoils in a six-goal thriller.

Hugh Chikosa and John Zhuwawu got a brace each in the encounter.

Chikosa opened the scoring in the 13th minute, converting from the spot to give Chiefs an early lead.

Makepekepe equalised on minute 28 through Joel Ngodzo who fired home from a free-kick on the edge of the box.

The parity, however, did not last long as Shadreck Nyahwa capitalised on a defensive mix-up to restore the hosts’ lead.

John Zhuwawu scored his first goal on the hour before completing his brace ten minutes later. Chikosa also got his second of the day but in between Zhuwawu’s goals.

The Gamecocks beat FC Platinum 2-1, thanks to a brace from Valentine Kadonzvo. The hosts got their consolation from Albert Eonde later in the game. 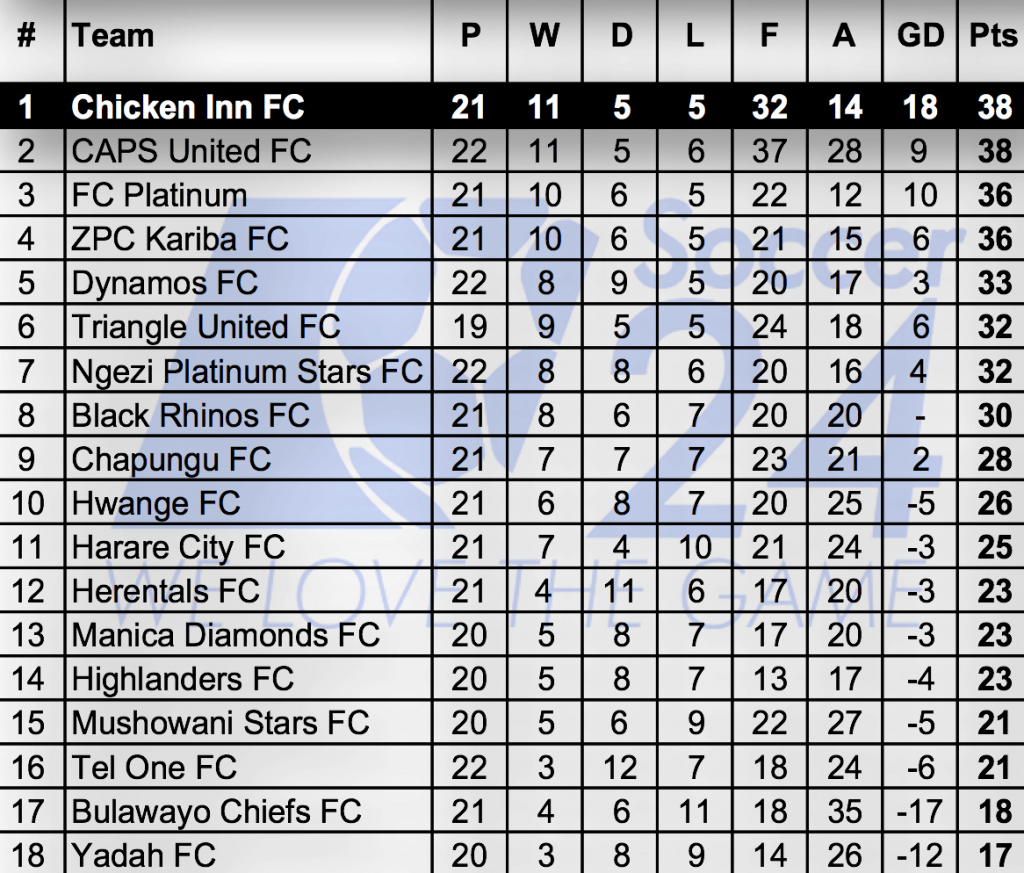