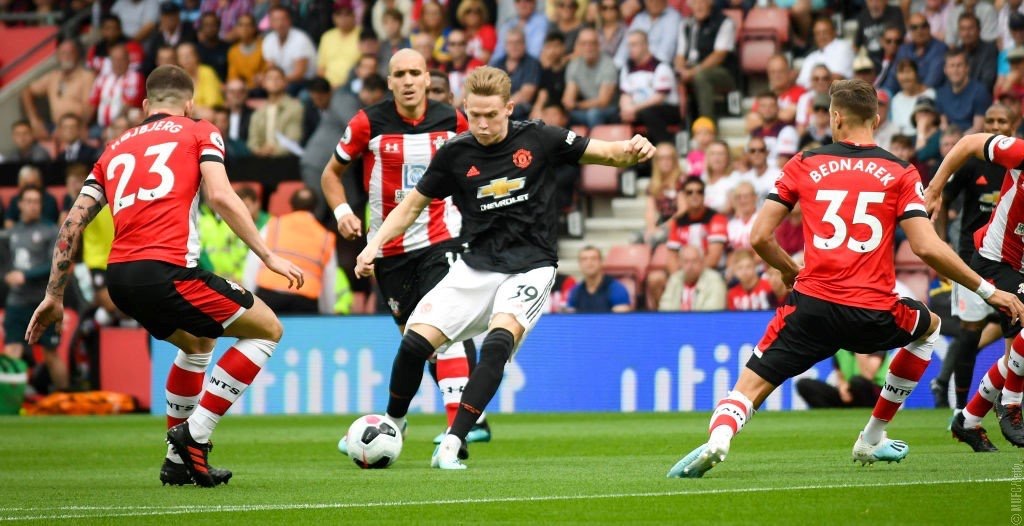 Manchester United’s woes continue after they were held by ten-men Southampton at St Mary’s today.

Ole Gunnar Solskjaer’s men, who were stunned by Crystal Palace last week, went into the game needing a win to please their ever demanding faithful and seemed to be on course for that when Daniel James opened the scoring in the 10th minute.

Southampton restored parity through Jannick Vestegaard in the 56th minute and held on despite having Kevin Danso sent off with 17 minutes left of play.

United now have five points from the opening 4 games in the Premier League.