Akbay was sacked at Ngezi last month after falling behind in the title race. He has been appointed the new head coach at Tshakhuma Tsha Madzivhandila F.C.

The club confirmed the Dutchman’s arrival on Twitter on Wednesday night. 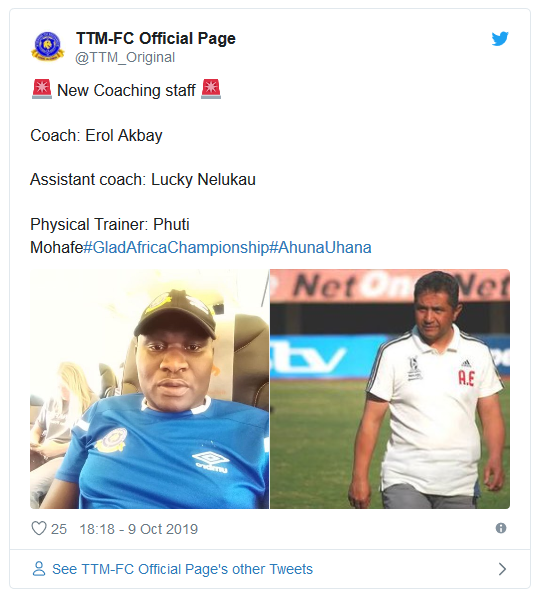 It’s the first Akbay will be coaching in South Africa. His only stints on the continent came in Zimbabwe, having also taken charge of Highlanders two years ago.