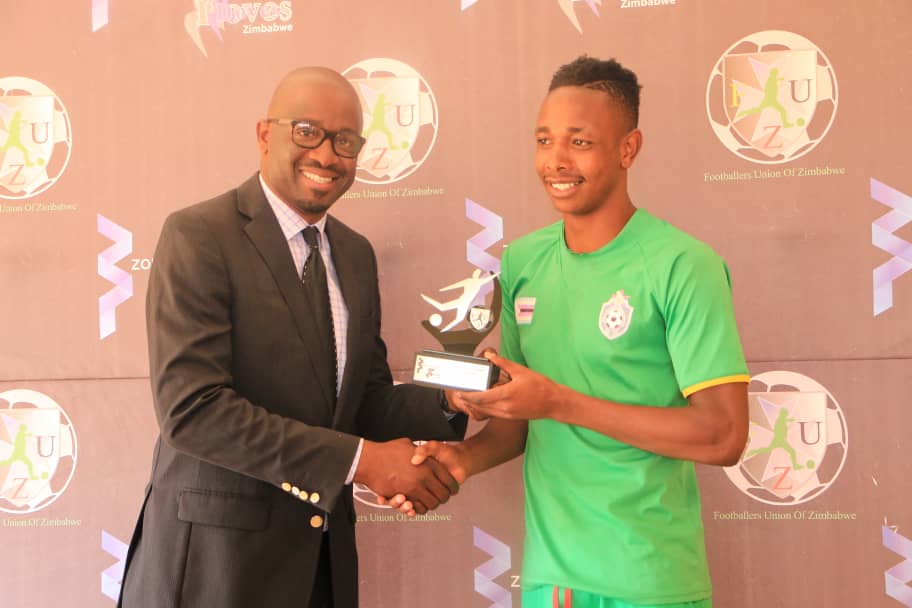 Prince Dube’s recent performances has seen him bagging his second gong for the best player in September.

The Highlanders player was named the Footballers Union of Zimbabwe (FUZ) Player of the Month on Wednesday, walking away with R5 000 courtesy of Doves’ Zororo Phumulani.

Dube who had a slow start to the campaign was also named the Castle Lager Premier Soccer League POTM. The Highlanders striker won the accolade for the first time since returning to the Bulawayo giants at the end of last year. 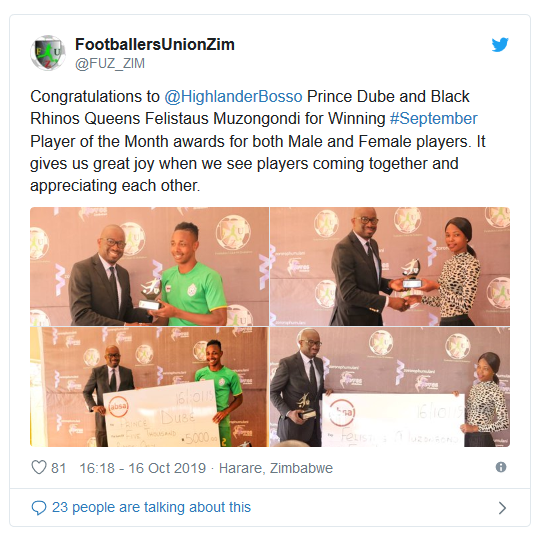