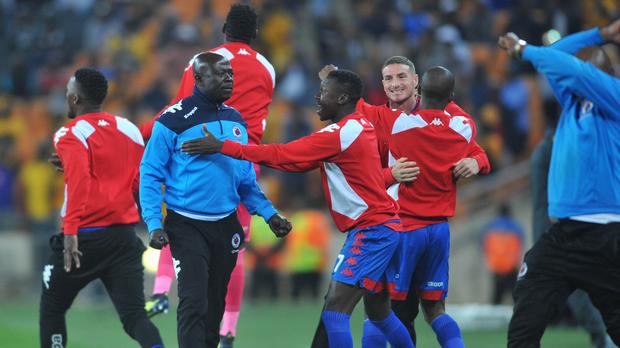 SuperSport United are through to the Telkom Knock Out last 8 after defeating Elvis Chipezeze’s Baroka 3-2 on penalties at the Lucas Moripe Stadium last night.

Kaitano Tembo’s charges were at some point during the game headed for the exit door trailing 1-0 but equalized right at the death, Bradley Grobler restoring parity in the 5th minute of second half time-added-on.

30 minutes of extra time could not separate the two sides,  meaning for the third time in less than 24 hours, a penalty shoot-out would be required to determine who goes through to the quarter finals.

SuperSport eventually prevailed 3-2, meaning there will be new Telkom Knock Out Champions in 2019, as Baroka were the holders.