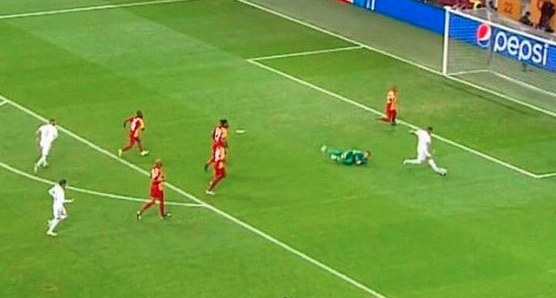 Zinedine Zidane is not worried about Eden Hazard’s form after the striker missed some good chances in front of goal in Real Madrid’s 1-0 Champions League victory at Galatasaray.

The Belgian has struggled to adapt since arriving at the Spanish giants after a big-money move from Chelsea in the pre-season.

The 28-year-old delivered a disappointing performance on Tuesday and was guilty of a particularly bad miss in the second half.

Hazard had an open goal in his sights after beating the advancing keeper but missed the target as his shot went a bit high and hit the crossbar.

Commenting on the miss after the game, Zidane said: “It doesn’t worry me. He’s better, and he’s going to improve more.

“The important thing is that he continues to have chances because he’s going to put them in.”

Hazard, however, was credited with an assist after his intended pass to Karim Benzema was picked up by Toni Kroos who executed it.