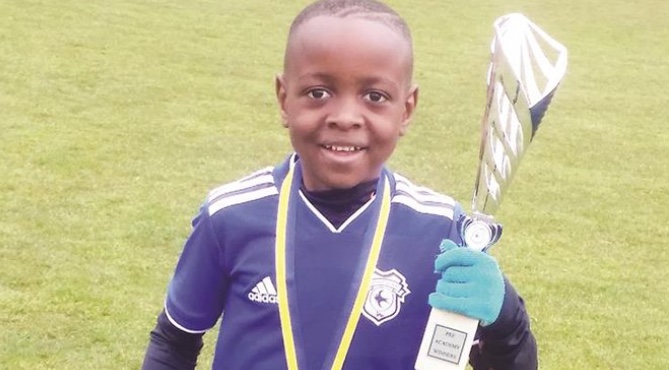 A Zimbabwean boy has signed for the Swansea City Juniors, a development which is not only applaudable but also history-making.

Munyaradzi Msipa (9), a Zimbabwean boy based in the United Kingdom and born to Zimbabwean parents Lester and Mercyline Msipa, signed for the Welsh club after spending years playing for their rivals Cardiff City.

The Kwekwe-born young star’s father Lester, explained to The Herald how he (the boy), signed for the Championship side’s juniors.

“Swansea City came on knocking, looking for his signature to join their squad,” said Lester Msipa.

“The situation found him turning out for both teams although Cardiff City held the franchise on him.

“Towards the end of 2018, both teams came calling for his signature as he was turning nine on the 16th of September this year.

“It was at this point that he decided to sign for Swansea City instead of Cardiff City,” he added.