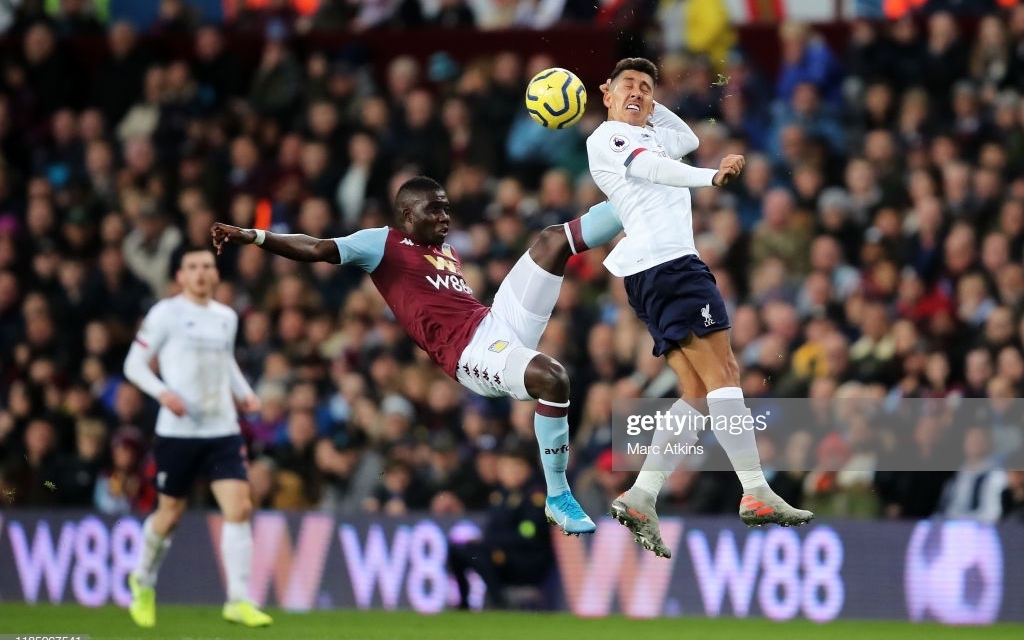 Liverpool maintained their six-point lead at the top after striking two late goals to beat Aston Villa 2-1 at Villa Park on Saturday.

Marvelous Nakamba played the entire ninety minutes and made some decent contribution in the Villa’s midfield.

The hosts surged ahead on the 21st minute through Mahmoud Hassan and managed to hold on their lead until the break.

The Reds tried to respond but their front three – Mo Salah, Sadio Mane and Firmino – was never given the space to create good chances.

As the game seemed to be heading in favour of Aston Villa, Andy Robertson’s header levelled terms on minute 85 before Sadio Mane grabbed a late winner in the stoppage time.

The result sees Liverpool maintaining their 6-point lead at top ahead of second-placed Manchester City who also picked a victory on the day.

Sergio Aguero and Kyle Walker scored in the second half as the Citizens also came from behind to beat Southampton 2-1 at the Etihad.

James Ward-Prowse secured the opening goal of the match as the visitors went to the half-time with an advantage.

Meanwhile, City and Liverpool will meet next weekend in a top-of-the-table clash at Anfield Stadium.

Elsewhere, Arsenal dropped points again after surrendering their lead to Wolves in the second half to settle for a 1-1 draw at the Emirates.

Pierre-Emerick Aubameyang netted for the Gunners on minute 21 while Raul Jiminez struck in the last quarter-hour of the game to snatch a point for his side.