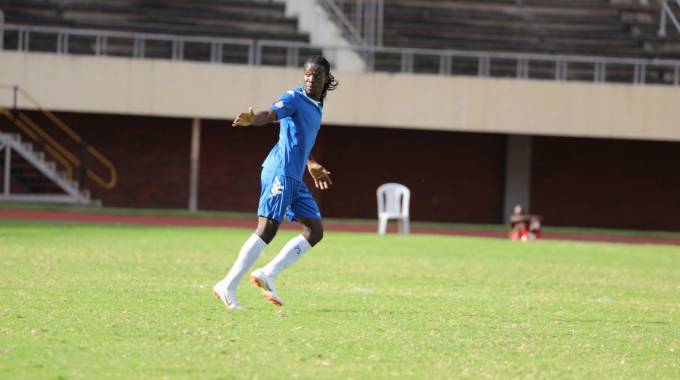 Dynamos and Highlanders shared the spoils in a Match-day 29 encounter played at Rufaro Stadium on Sunday.

The Glamour Boys who had hoped to pick up maximum points in the tie registered their 8th straight draw while Bosso extended their dominance in the rivalry.

The game had a cagey start with both teams failing to keep the possession for long.

The visitors created the first opportunity on goal in the 7th minute through Godfrey Makaruse’s long-range effort which went wide. A few moments later, Tinotenda Muringai picked a loose ball at the other end, but could not hit the target as his effort also went wide.

Highlanders began to retain more possession and had another chance at goal on minute 18, but Tinashe Makanda’s weak header didn’t cause any trouble for the keeper Simba Chinani.

The play swung to the other end two minutes later, and Ariel Sibanda was forced to make a big save after Sean Gona connected a cut back cross from a close range.

Dynamos survived two more raids towards the break as Peter Muduhwa’s long-range attempt went an inch over while Khumalo followed up with close-range header which was saved by Chinani.

Bosso also made a couple of attacks in the opening moments of the second half, but they were all thwarted by the home team’s defence.

Evans Katema came closest to scoring for Dembare on the 55th minute when he connected Junior Selamani’s corner-kick, but his header crashed against the woodwork.

However, the deadlock was only broken at the other end with Makanda slotting in on the 71st minute to put Highlanders ahead.

No major highlights followed in the final moments of the game as it ended in a stalemate.