The City of Bulawayo has denied ZIFA’s claims regarding the change of venue for the Warriors’ Afcon qualifier against Botswana next week.

The match was supposed to take place at Barbourfields Stadium but ZIFA announced on Tuesday that the encounter will now be played in Harare due to a faulty floodlight system at the Bulawayo venue.

The Bulawayo council, who owns the stadium, has disputed the claims saying ZIFA was informed that the lights were in good in condition.

The council added the venue was only available for use after the association had made all payments.

Here is the statement by the City of Bulawayo: 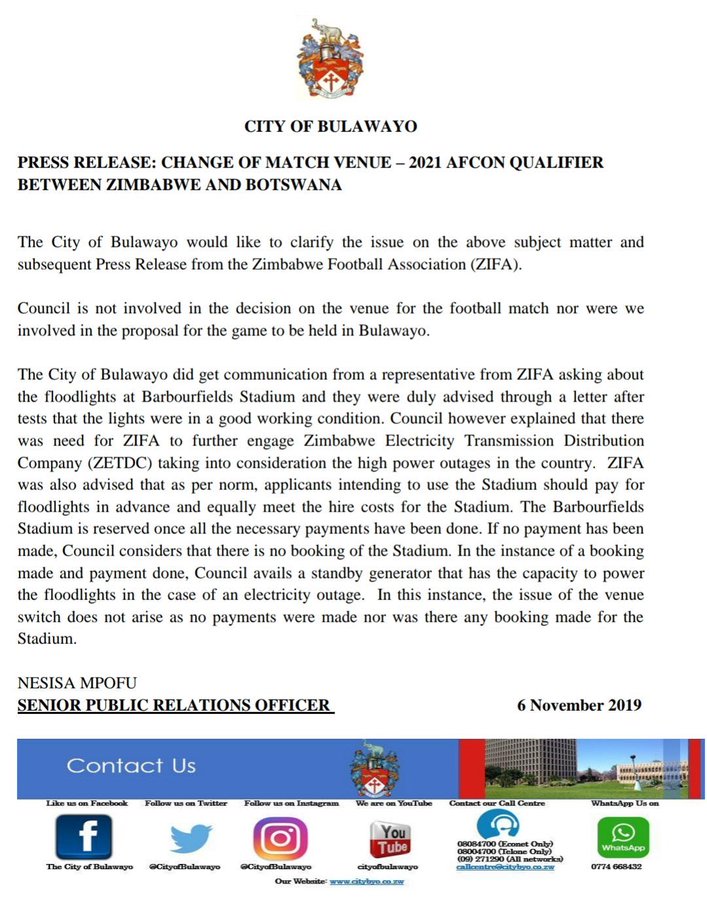