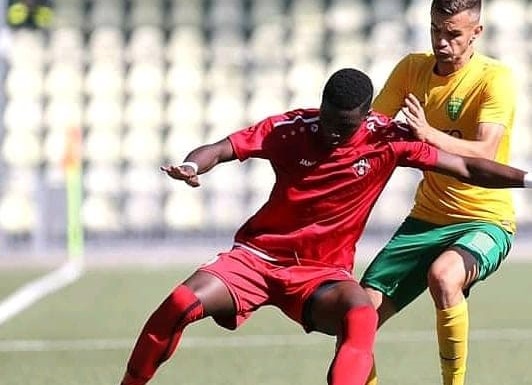 Slovakia-based striker Leroy Munyorovi has set his sights on playing for the Zimbabwe national teams.

The rising youngster, who is a son of former Dynamos and Black Aces player Mugove Munyorovi, plays for MŠK Púchov in the Slovak second division. He joined the club ahead of the 2019/20 season and has so far registered four goals plus a couple of assists.

“I have hopes of being called one day to represent my country, it is always my dream to play for Zimbabwe one day,” the 21-year old told Soccer24 from his base in Europe.

“I think I have done well so far at my club, scoring four goals and some assists as well.”

The Zimbabwe-born starlet who also spent some time in the Czech Republic in 2017 becomes the latest foreign-based option for national U23 team coach Tonderai Ndiraya.

Other prospects include the pair of Abubakar Moffat and Martin Mapisa of Velez CF in Spain, Jonah Fabisch (Hamburger SV U19, Germany) and Romario Matova of FK Igman in Bosnia and Herzegovina.