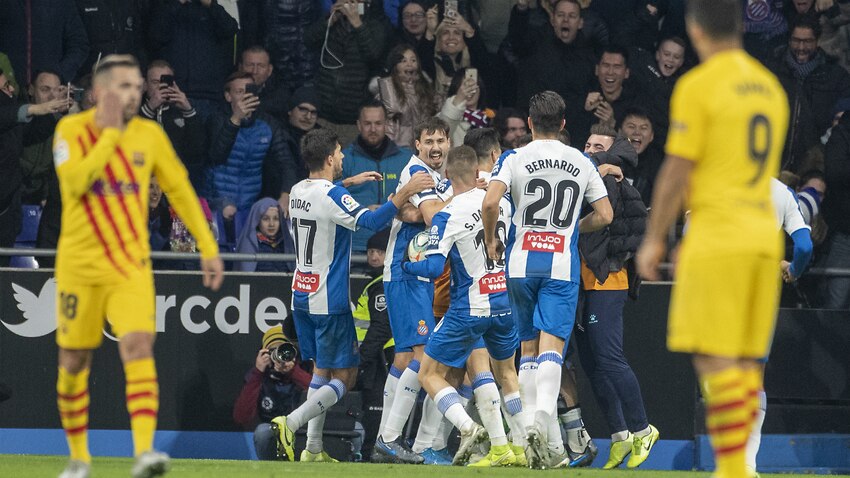 FC Barcelona played out a 2-2 draw with Espanyol in LaLiga  on Saturday night.

The Catalan giants were looking to respond to fellow-title chasers Real Madrid’s comprehensive 3-0 win away to Getafe in the early kick off but found themselves a goal behind in the first half, when David Lopez headed in from a set piece.

The two sides went into the break seperated by that 23rd minute goal.

Luis Suarez equalized for Ernesto Valverde’s men five minutes after the restart and then four minutes later, Arturo Vidal thrust them ahead.

The result sees the defending champions ahead of Los Blancos at the summit of the Spanish top division only on goal difference, with the two giants on 40 points apiece from 19 games.