The family of a six year old South African boy who was helped by Khama Billiat have written a heartwarming letter to the Kaizer Chiefs man.

The boy in question Mason Pietersen, a Grade 1 pupil from Heidadal, is passionate about football and plays as a striker.

The actual help rendered to the boy by the Warriors star through his Khama Billiat Foundation was not revealed but based on the information gathered by Soccer24, he was financed to attend a football clinic at Spanish giants Real Madrid.

Here is the letter written to Billiat by the the boy’s family; 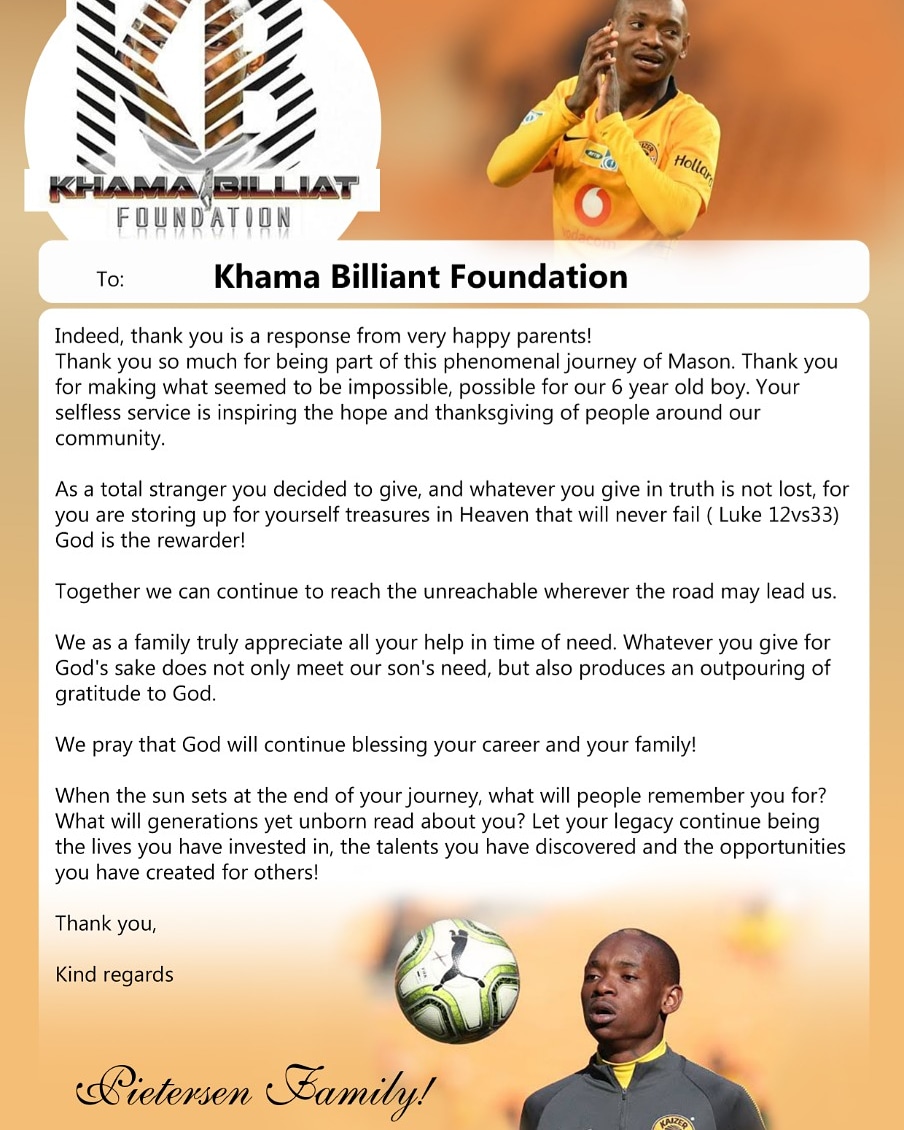