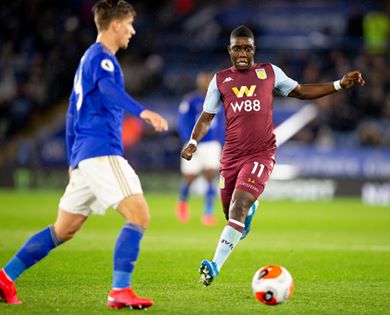 Zimbabwean midfielder Marvelous Nakamba started and played the entire minutes but his performances could not help the team achieve a decent result.

Coach Dean Smith, however, was impressed with his contribution, describing it as flawless.

Speaking after the match, he said: “I thought Marvelous Nakamba was very good tonight.

“His performance was what I want to see more of as a team. We seem to be making a lot of individual errors if you want to win games at this level.”

The coach also warned his team about the relegation and urged them to start winning the games.

Villa are placed in the second position from bottom with 25 points, two away from the safety.

“Confidence can be harmed as a result like this,” Smith said.

“Of course it can. It’s my job now to make sure it doesn’t.

“The players are getting opportunities to show their worth and keep themselves in the team. They all know the damage that would happen to not just the football club but themselves if we got relegated. There’s none of them not trying to win football games.”

Aston Villa’s next match is against Chelsea on Saturday.