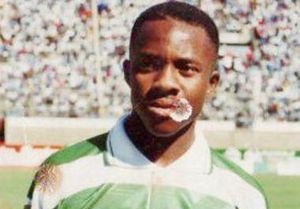 Whenever CAPS United fans burst into their emotional song “Yogo Yogo huya uchengete vana”, very few of them might be aware of how March is becoming a dark month not only for them but for Zimbabwean football at large.

Yogo Yogo, as the late Makepekepe midfielder Blessing Makunike was affectionately known as in the Green half of the capital, died in March 2004 in a car crash which also claimed the lives fellow players Gary Mashoko and Shingirai Arlon, as well as two supporters of the Green Machine on their way from a league match in Bulawayo.

That horror crash remains one of the most appalling disasters in local footbal history and the fact that it happened in March doesn’t really raise eyebrows until recent historical research.

Prior to the aforementioned accident, in March 2001, legendary former Makepekepe coach Steve Kwashi, the man who steered them to 1996 league honours, their first in post independence era, was involved in a car crash which virtually ended his career as a coach.

As if that was not enough, in March 2018, defender Hardlife Zvirekwi was involved in a life-changing horror crash which resulted in his hand being amputated from the wrist.

With the local football fraternity still to get over the Zvirekwi disaster, the March darkness has now shifted to the Blue half of the capital, with Dynamos captain Parton Jaure involved in a nasty crash on Sunday morning when his Toyota Runx veered off the road leading fo him having a fractured skull.

How dark a month is March is turning out to be in local football history?