Real Madrid one hand on the LaLiga title 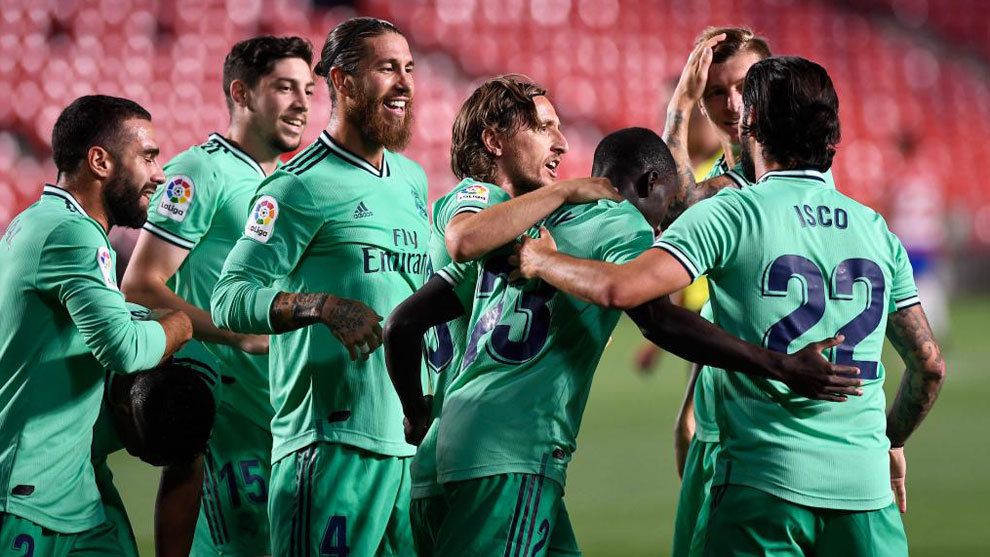 Real Madrid moved a step closer to the 2019/20 LaLiga title following their hard-fought 2-1 win over Granada on Monday.

First half goals from Ferland Mendy and Karim Benzema, as well as second half heroics from goalkeeper Thibaut Curtois, which earned him man of the match, ensured that Los Blancos crossed the line and restore their four point advantage at the summit of the Spanish top division.

Consequently, Zinedine Zidane’s men just need two points from their final two games to be crowned Spanish champions for the first time since 2017 and can clinch it with a win against Villareal on Thursday but captain Sergio Ramos insists that even though they are close, there is no room for complacency.

“We’ve won nothing yet, although you can see the hunger the team has to win this league title,” Ramos said after the match.

“It’s in our hands and there are still points up for grabs that we want to win. The objective from the start after the restart was to win every game and we’re going to try to do it.We’re doing more than enough to win the title,” he added.