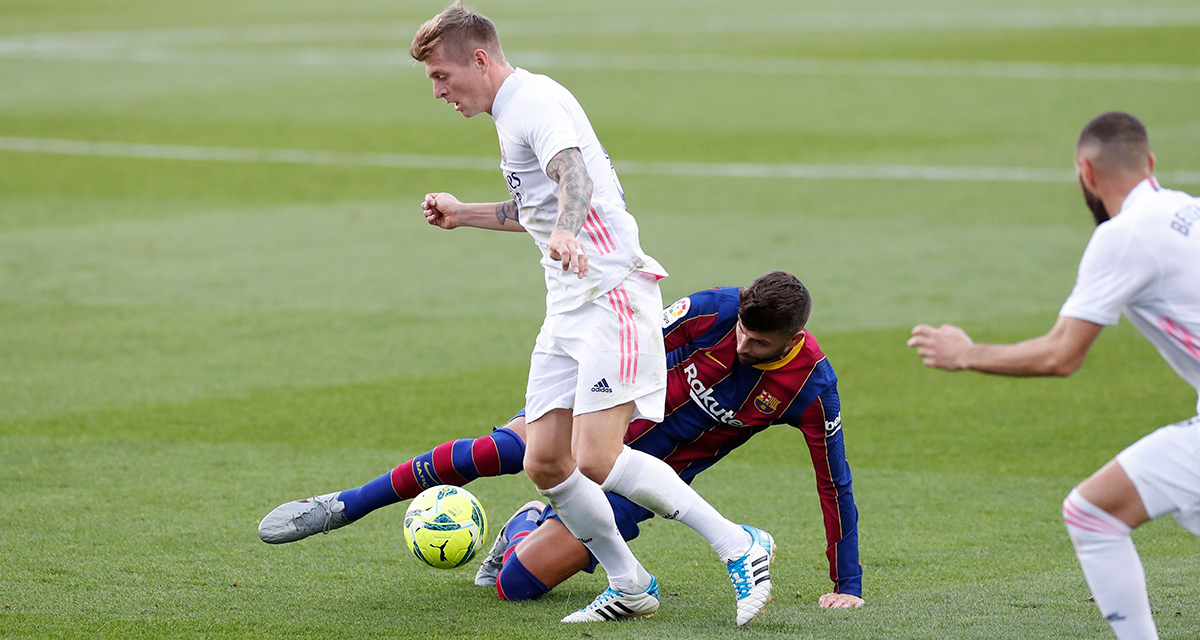 Zinedine Zidane’s men, who were under pressure to bounce back after two consecutive defeats, found themselves in the driving seat as early as the 5th minute when Fede Valverde thrust them ahead with a brilliantly-struck shot off a Karim Benzema pass.

Their joy was short lived though, Ansu Fati equalized two minutes later; becoming the youngest goalscorer in the history of the the Clasico at 17 years of age.

Both teams contained each other with few clear cut chances after that as they went to the breather level at 1-1.

Madrid restored their lead in the 63rd minute after captain Sergio Ramos was pulled down in the box and the referee consulted VAR in awarding a penalty which the Spain skipper cooly-converted.

Luka Modric put the final nail on the Barcelona coffin with a late strike in stoppage time to give Zidane’s charges three crucial points.