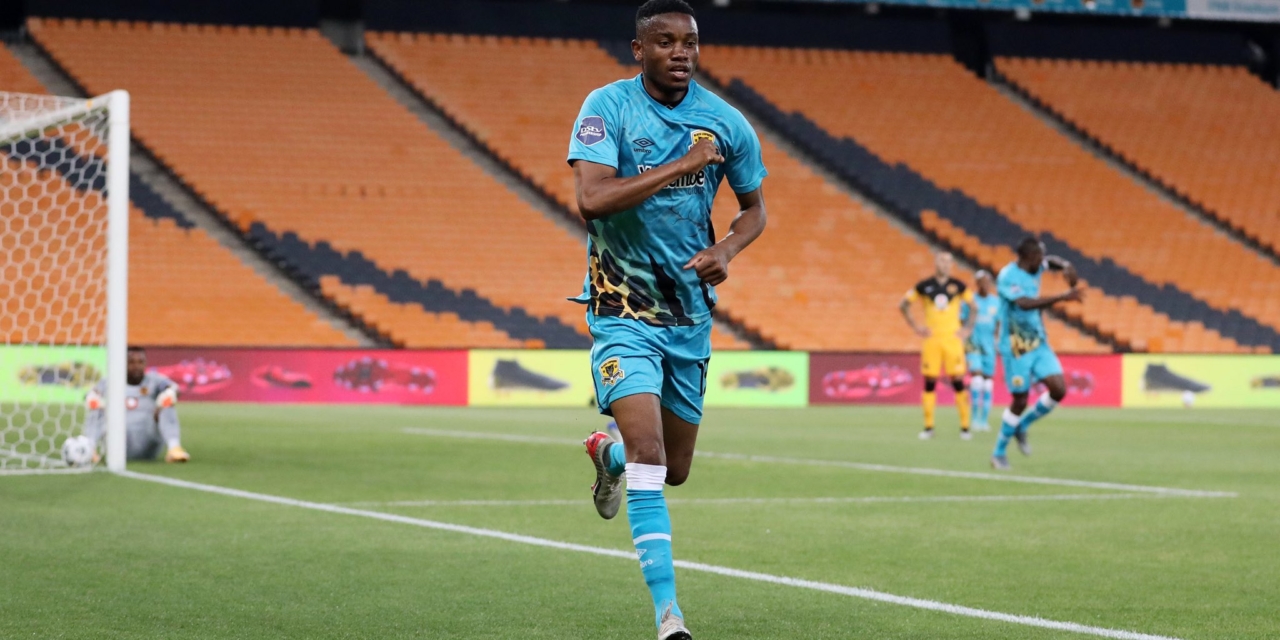 Zimbabwe international Ovidy Karuru says he was disappointed with the eventual outcome of their DStv Premiership match against Kaizer Chiefs last night.

Karuru, who joined Leopards last week,was handed his debut by the Lidoda Duvha technical team and came back to haunt his former paymasters with a first half brace to give them a 2-0 at the half break.

“I want to thank God for giving me this opportunity to represent Black Leopards,” Karuru told SuperSport TV after the match.

“Thank you to Mr Thidiela for calling me to come and join this team. And thank you to the technical team for keeping on pushing me and believing me.

“We didn’t come here to draw. We came here to attack and win the game. The coach gave us confidence as you could see. Chiefs are not doing well at the moment so we wanted to capitalise on that one,” he said.