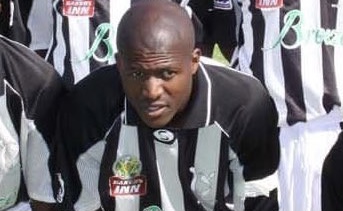 The local football family woke up to the sad news of the passing away of former Warriors and Bosso midfield general Richard Choruma.

Dabuka,  as the former midfielder was affectionately known in the City of Kings, died in South Africa at the age of 42.

He was admitted at a hospital in Thembisa on the 24th of December when he complained of stomach pains and died this morning at the same medical facility.