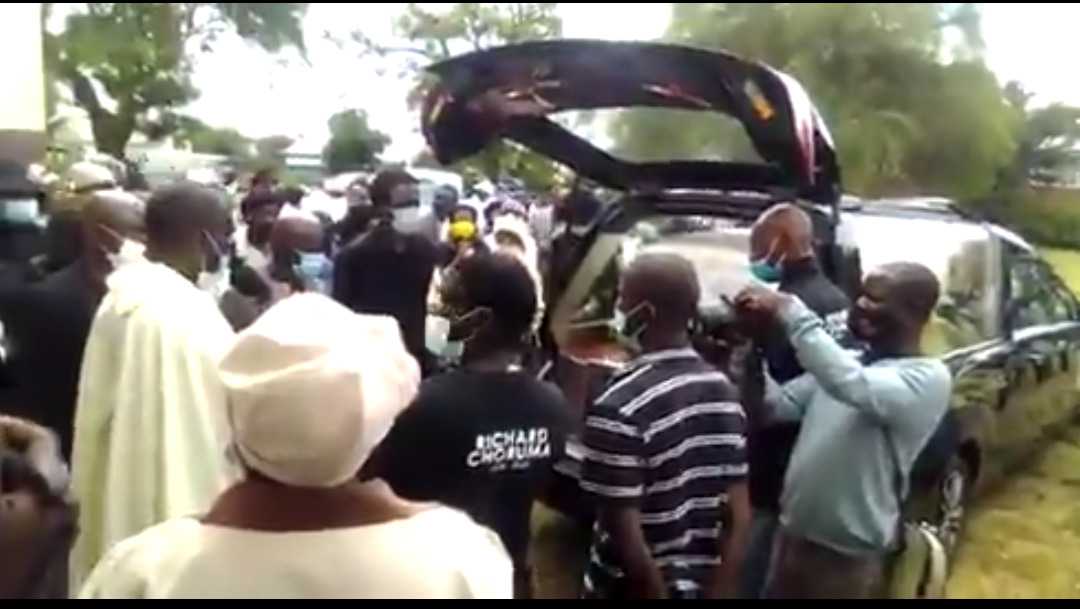 People from all walks of life gathered Lady Stanley Cemetery in Bulawayo to pay their last respects to the late former Warriors and Highlanders midfield maestro Richard Choruma.

Dabuka Express, as he was affectionately known in the City of Kings during his days at Bosso, succumbed to stomach complications in South Africa on the 29th of December at the age of 42.

He was admitted at a hospital in Thembisa on the 24th of December when he complained of stomach pains and passed away there.

Among those at the burial were Bulawayo Mayor Solomon Mguni, and members of the Bosso executive football fans.

Committee member Wisdom Mabhena, in his speech, revealed that the club, on two different occasions, offered Choruma the role of assistant coach, an offer the now late former midfield ace turned down saying he wasn’t into coaching.