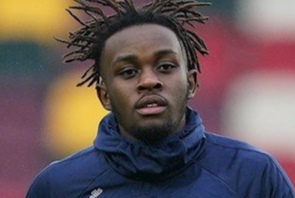 Admiral Muskwe is in the starting line-up for Wycombe Wanderers against Cardiff City this afternoon.

The Zimbabwean striker is featuring for his side for the seventh successive time and his 16th appearance overall in the English Championship.

Muskwe, who is on loan from Leicester City, has scored twice and created one goal in his last five games.

Elsewhere, Tendayi Darikwa has retained his starting berth in the Wigan Athletic team against Burton in the League One.

The defender is making his 23rd consecutive start at the club since his arrival in January.

Kick-off for both games is at 4 pm CAT.