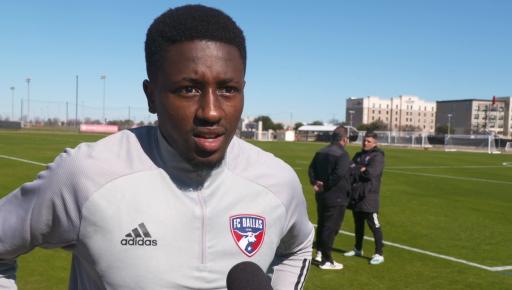 Warriors hopeful Eddie Munjoma made his his first start in the American Major League Soccer for FC Dallas on Saturday.

The 22-year old, who was born to Zimbabwean parents in Texas, United States, played for 68 minutes as his side beat Portland 4-1.

Munjoma played as a right full-back but was booked during the game.

Worked for this moment.

The first start comes a week after the youngster made his debut in American top-flight last weekend when he came on as a substitute in the 1-3 defeat to San Jose Earthquakes.

Meanwhile, Munjoma is yet to represent his birth country at any level. This makes him eligible to feature for the Warriors through his parentage.