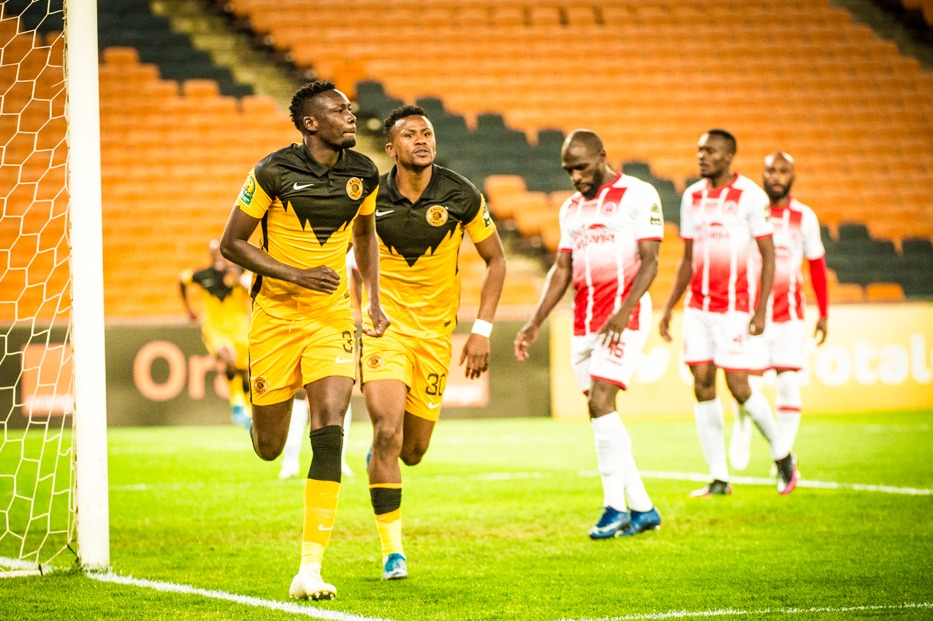 Soweto giants Kaizer Chiefs took a massive step towards their first ever CAF Champions League semi-final when they thrashed Tanzanian side Simba SC in the quarter-final 1st leg at the FNB Stadium on Saturday.

Gavin Hunt’s men welcomed the Tanzanian outfit looking to produce a healthy first leg advantage and did just that.

A brace from Samir Nurkovic, headers from Eric Mathoho as well as Leo Castro secured an emphatic win for Amakhosi.

Nurkovic doubled Amakhosi’s lead 10 minutes before the half time break when he headed home from close range.

Hunt was forced into an injury inspired change just after the goal when Dumisani Zuma was forced off and replaced by Castro.

2-0 at the half time interval.

Nurkovic got his brace soon after the restart when his acrobatic effort from close range found the back of the net.

Castro would make sure things go from bad to worse for Simba when his diving header made it 4-0, leaving the Tanzanians with a mountain to climb in the second leg.