Pitso: I thought Sundowns was big until I went to Egypt 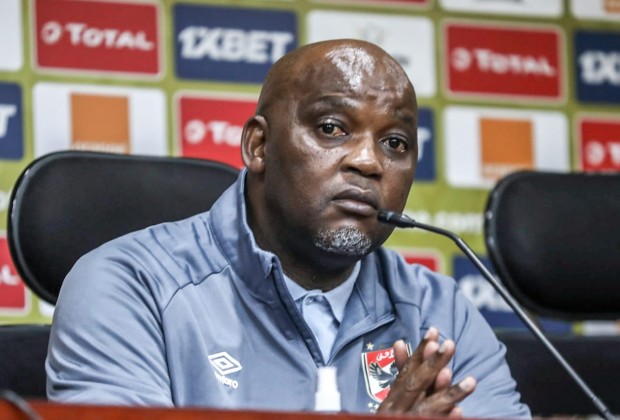 Al Ahly coach Pitso Moismane believes his side and Mamelodi Sundowns are two very teams in terms of level hence he will just focus on getting the result instead of proving a point.

The outspoken-tactician makes an emotional return to the Lucas Masterpieces Moripe Stadium for the first time since moving to the Egyptian powerhouse, for this afternoon’s epic Champions League quarter-final second leg, carrying  a healthy 2-0 advantage.

Mosimane insists he has nothing to prove to his former paymasters as Al Ahly is a much bigger club.

“The team is huge and there’s lots of expectations from the team and I thought Sundowns is big until I went to the other side and I found 70 million people, so the responsibility is huge.

“What is important is to try and get the team to the semi-final, not to outplay or outclass (Sundowns), no, I’ve been in that position, I’ve matured, I’ve been in this game for long, I’m not here to prove a point that we can play better than Sundowns, no, that’s not important,” Mosimane added.