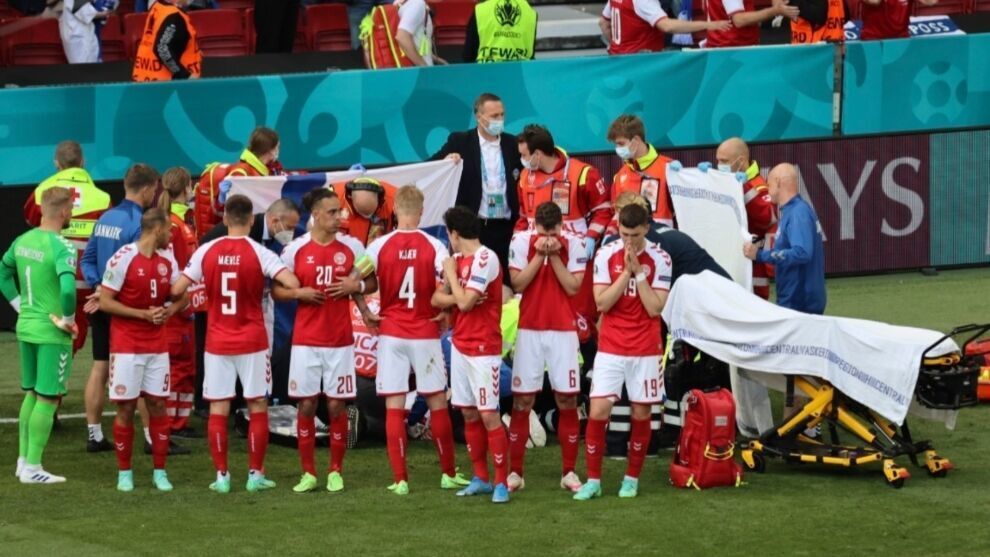 Eriksen collapsed on the pitch towards the end of the first half, causing the suspension of the match. The incident also left the player’s teammates in tears as medical staff were attending to him before being taken to hospital.

After more than an hour, Uefa then announced the match would be completed following consultation with both sets of players.

Eriksen also reportedly spoke to his teammates from the hospital and told them to play on.

But Schmeichel says this was a wrong decision and thinks the players were arm-twisted to return and finish the game.

The former Manchester United goalkeeper told BBC Radio 5 Live: “Something terrible happens and Uefa gives the players an option to go out and play the game, the last 55 minutes or whatever it was, or come back at 12 o’clock [the next day]. I mean what kind of option is that?

“It was not an option, it was a ridiculous decision by Uefa and they should have tried to work out a different scenario and show a bit of compassion and they didn’t. I don’t know [about other solutions], but why 12 o’clock? Why take TV scheduling and all of that into consideration. Why 12 o’clock?

“That was ridiculous and, to be fair, the result of the game is completely irrelevant and I have to be very honest … we obviously made a decision if the players come out and play they will only play if Christian is all right and by all right, it means he is alive and speaking to the players; they knew he was OK.”

Schmeichel’s son, Kasper, who was in goals in the match also lamented the decision to return to play on the same day, saying they were left with limited options.

“We were put in a position, that I personally feel that we shouldn’t have been put in,” Schmeichel told Danish media at a press event in Helsingor north of Copenhagen.

“We had two options. Either come back the day after (Sunday) at noon or continue the game.”

Barcelona striker Martin Braithwaite echoed similar sentiments and said the players would have wanted a third option, because we didn’t want to play, noting that the decision to resume the game was “not a wish”.