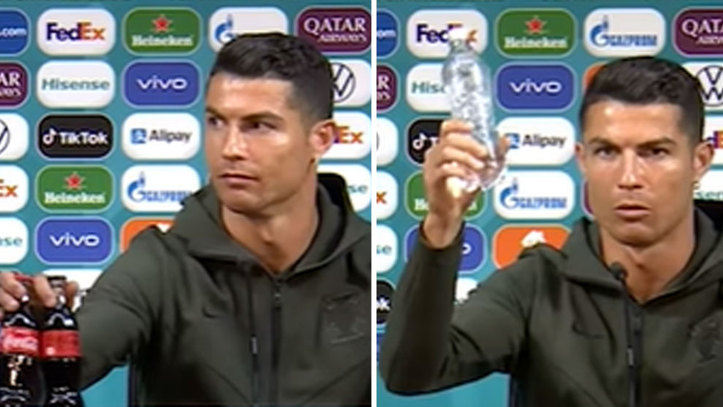 Cristiano Ronaldo removed bottles of Coca Cola from the table during a press conference on Monday ahead of Portugal’s game against Hungary.

The soft drink company is an official sponsor the competition and had the product on display during the presser.

After removing them, he took a bottle of water and shouted ‘drink water’ and looked at the Coke bottles he had moved away with disdain.

🥤👀 Cristiano Ronaldo wasn't pleased with the bottles of coke at his press conference and shouted 'drink water!'…#POR | #CR7 pic.twitter.com/QwKeyKx2II

The 36-year-old is notoriously strict about his diet and fitness regime, and has previously spoken about his dislike of soft drinks and junk food.

UEFA are yet to respond to this incident which could attract a reaction from the sponsors.

Meanwhile, Ronaldo, who is the Portuguese captain, will become the first player to appear in five European Championships should he lead his country out as expected.