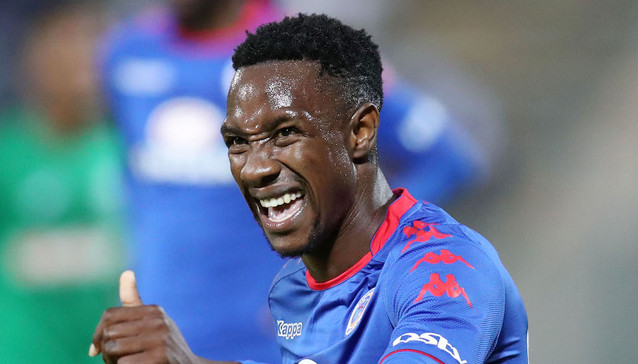 Evans Rusike has been linked with a move to AmaZulu who will be playing in the CAF Champions League next season.

The Zimbabwean striker will be a free agent at the end of this month as his three-year contract, signed in 2018, with SuperSport United will not be renewed.

According to NewsDay, Usuthu have reignited their interest in the player and are pushing to add him in their squad for the coming campaign.

The Durban-based side was first linked with the player earlier this year but SuperSport decided against releasing him.

An unnamed source told the publication: “There are a number of possible suitors who have shown genuine interest in him, but Amazulu are the frontrunners in the chase for his signature. He might have struggled last season, but it was because he had just recovered from a serious injury.”

Rusike’s former club Maritzburg United was reportedly also keeping tabs on him but it’s unknown if the KZN outfit has remained among the potential suitors.