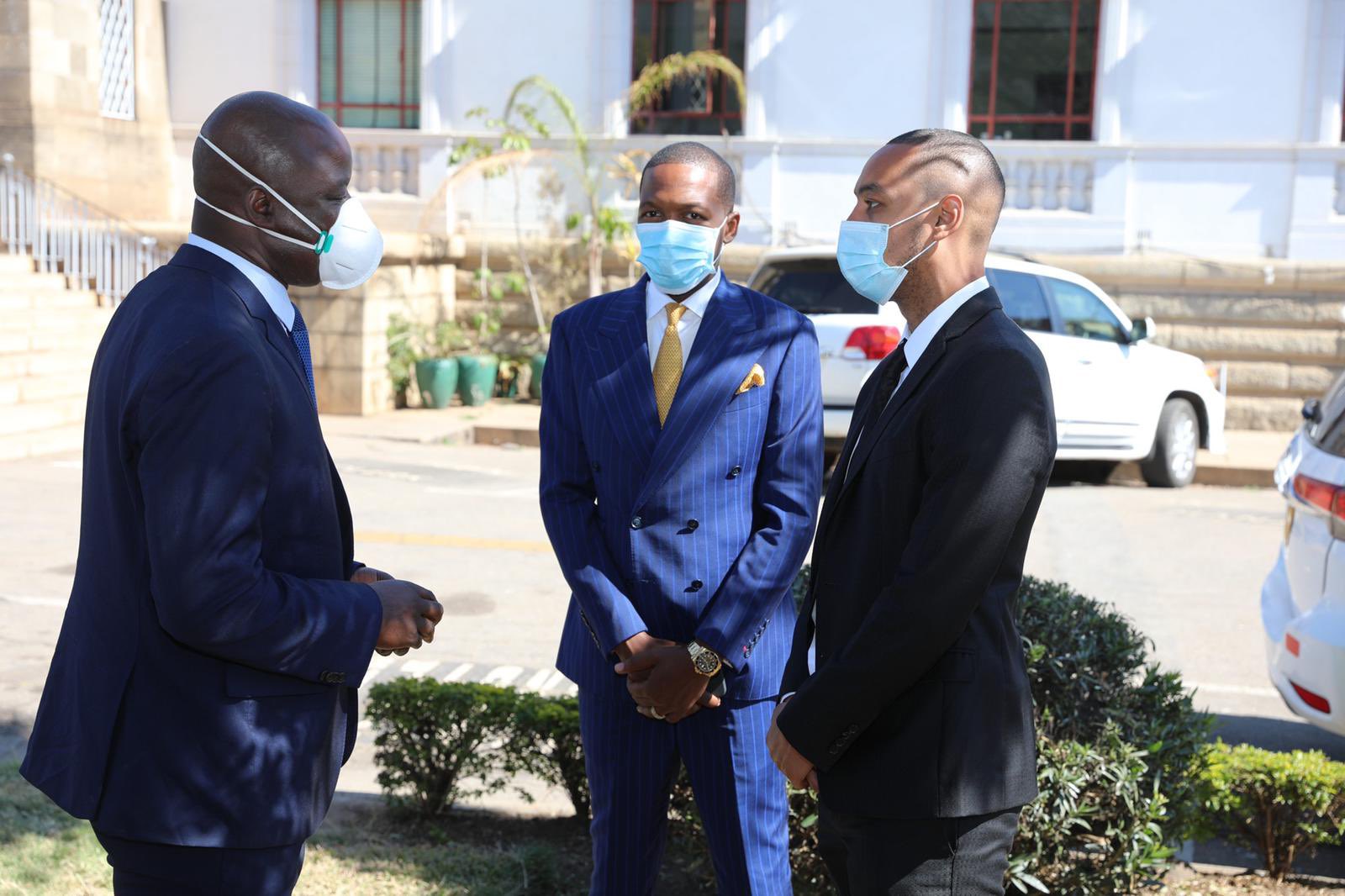 Ex-Nottingham Forest player Dexter Blackstock has met the Mayor of Harare, Stewart Mutizwa, to brief him about his project.

Blackstock is in the country and recently revealed his plans to build a cancer hospital and a drug manufacturing facility in Harare.

He was accompanied by Ambassador at Large to the Americas and Europe, Uebert Angel.

The retired football star confirmed the news on Twitter on Monday, saying: “After the State House meeting with H.E Mnangagwa, together with Uebert Angel this morning, we proceeded to meet the Mayor of Harare, Stewart Mutizwa to brief him on plans to build a specialist cancer Hospital and a drug manufacturing facility for Zimbabwe.”

Blackstock, who also met President Emmerson Mnangagwa at the State House two weeks ago, has interest in the pharmaceutical industry through his company MediConnect.