Is it coming home or its coming to Rome? 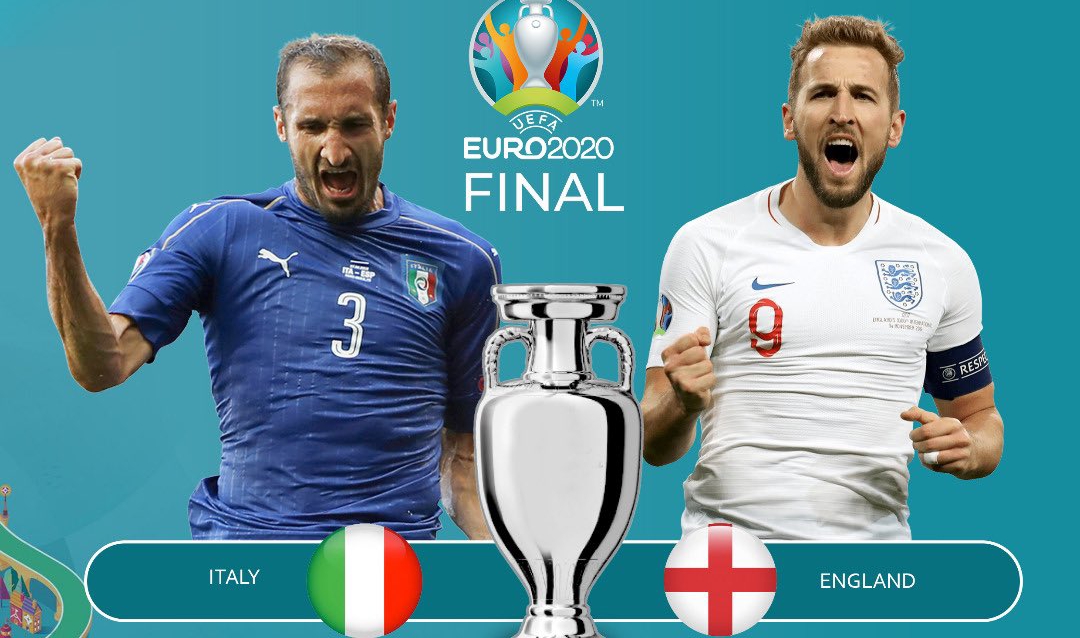 The controversial penalty awarded to England, in their 2-1 Euro 2020 semi-final win over Denmark, which turned out to be decisive, drew battle lines for a mouth-watering final against Italy, on Sunday.

Raheem Sterling clearly lost his balance amid very little, if not no contact at all from Denmark defender Joakim Maehle and then fell under pressure from Mathias Jensen in extra time, and the referee pointed to the spot, sparking huge debate on social media.

Harry Kane was initially denied from twelve yards by Kasper Schmeichel, but the Tottenham Hotspur man made amends from the rebound, to end England’s 55-year wait for an appearance in the final of a men’s tournament.

The ‘Its coming home” catchphrase, derived from the English’s belief that football originated from their land, has dominated on all social media platforms globally, except in South Africa, where the incarceration of former President Jacob Zuma, has been the major talking-point.

Standing in the way of England winning their first title since they won the World Cup in 1966 though, is a determined Italy side who from the word go, were one of the favourites.

After a pulsating semi-final against Spain at Wembley, which they went on to win 4-2 in the penalty-shoot-out lottery, the Azzuri have their eyes on the prize.

Roberto Mancini’s charges have become only the second team in Euro history since France in 2000, to have  five different players score more than two goals in a single tournament- Lorenzo Insigne, Ciro Immobile, Matteo Pessina, Federico Chiesa an Manuel Locatelli, have all scored at least twice in this edition of the European spectacle.

They are aiming to win the Euros for the first time since 1968 and are currently on a 33-match unbeaten run.

Sunday 11th of July at Wembley, battle lines are drawn- is it coming home or coming to Rome?

Is it coming home or its coming to Rome?