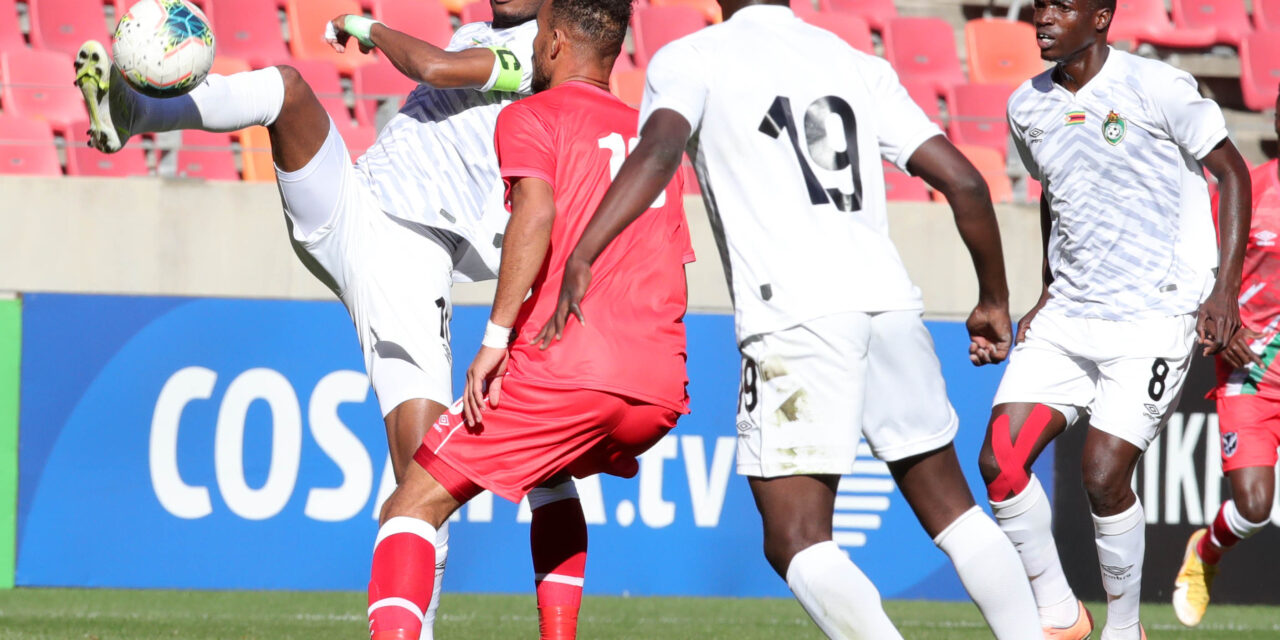 Zimbabwe suffered their first defeat at the 2021 COSAFA Cup after losing 2-0 to Namibia on Sunday afternoon.

The Warriors dominated the possession throughout the first half and always tried to take the game to Namibia. Their first real chance came in the 7th minute after Blessing Sarupinda’s long-range shot got a slight deflection and missed the target by inches.

Moments later, the Brave Warriors followed up with their only real threat in the period when Absalom Iimbondi’s curled effort from a wide position was parried away by goalkeeper Washington Arubi.

Zimbabwe continued to attack the other end but struggled to execute their chances. Farau Matare’s breakaway in the 35th minute could have made a difference, but the forward lost his footing inside the box with only the keeper standing in his way. Ben Musaka also wasted a great opportunity towards the end of the first half.

The Warriors’ dominance continued in the second period and almost broke the deadlock in the 53rd minute, but Sarupinda’s free-kick from the edge of the box hit the bar.

However, the tables soon turned, and Namibia started dictating the pace from the hour mark.

And after an extended spell of piling the pressure, the Brave Warriors took the lead through Qadr Amini’s own goal on minute 70 and added another one courtesy of Elmo Kambinda four minutes to full-time.

The game ended with Zimbabwe still failing to find their feet back into the game.