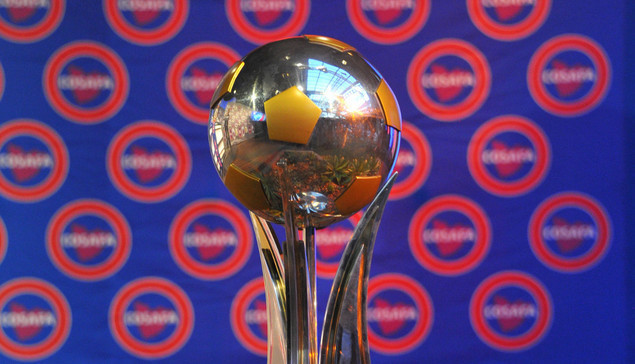 Live coverage of the Cosafa Cup clash between Zimbabwe and Senegal. ZIM 1-2 SEN

87′ Senegal’s pressure pays off, they score their second.

80′ Mapisa with two brilliant saves to deny Senegal from close range, first from a shot then secondly from a header.

72′ Mapisa to the rescue for Zimbabwe as he saves a  goal-bound stinging shot. Brilliant save!

69′ Penalty appeal by the Teranga Lions, waved away by the referee.

65′ Ben Musaka has both Ovidy and Murimba in space but selfishly goes for  goal and misses bu some distance.

58′ Free kick to Senegal in a dangerous area.

54′ Malvin Nkolo is down injured.

53′ Senegal confidently passing the ball around and slowly building up in search of a second goal.

49′ Sarupinda with a good turn by is brought down, free kick Zimbabwe.

46′ Murimba runs out of space and fails to keep the ball in play. Goal kick Senegal.

42′ The free kick is taken, Mapisa parries it back into play, Senegal score from the rebound.

41′ Free kick to Senegal on the edge of the Zimbabwe box.

36. Mapisa and Mavhurume with a mix up at the back and they are nearly punished but lucky for them, Senegal fail to capitalize.

35′ Delick Murimba is released by a through pass by he is flagged offside.

31′ Senegal come again in search of the equalizer but their striker misses from close range.

29′ Seneagl with a dangerous attack but Carlos Mavhurume does well to clear.

25′ Shadreck Nyahwa is brought down on the half-way line, free kick to Zimbabwe. The Teranga Lions have been very physical.

23′ Free kick given to Zimbabwe after a hand ball, Mapisa behind it.

21′ Amin’s corner is cleared away by the Senegal goalkeeper.

17′ Senegal nearly restore parity,  a goal-bound header is cleared off the line by Amin.

15′ Murimba with a chance to score but his chip over the keeper is not strong enough and Senegal clear their lines.

13′ Lenox Mucheto brought down on the far side, free kick Warriors, well dealt with by Senegal.

11′ Free kick to Senegal in a dangerous position, goes over the bar.

7′ The Teranga Lions patiently building up from the back in search of the equalizer.

5′ Senegal with their first attack but a cross from the right is overcooked and goes out for a throw in.

3′ Warriors come again in search of the second goal but Senegal clear their lines.

1′ Penalty awarded to Zimbabwe after Blessing Sarupinda is brought down in the box.