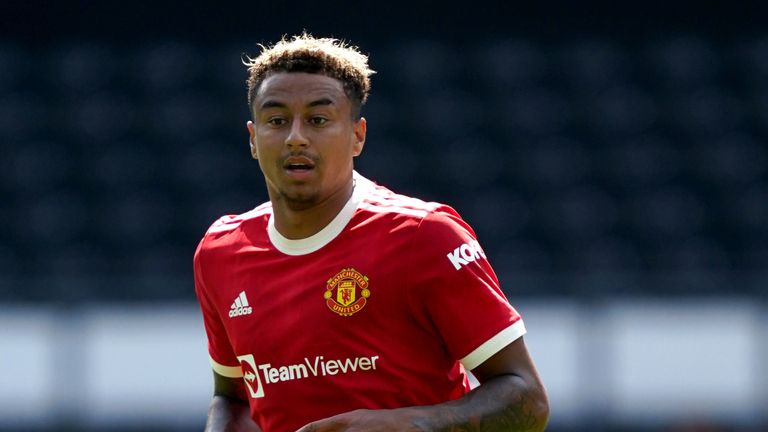 Manchester United coach Ole Gunnar Solskjaer has confirmed Jesse Lingard will be at the club next season.

The forward spent the last half of the previous campaign on loan at West Ham after struggling for game time at Old Trafford due to Bruno Fernandes’ arrival pushing him down the pecking order.

The 28-year-old managed to pick himself up under David Moyes, winning a Player of the Month award along the way.

And with massive links to several clubs in the EPL plus West Ham, who are interested in retaining him on a permanent transfer, Lingard’s future seemed to be dwelling elsewhere but Solskjaer has suggested that the player is part of his plans in the next campaign.

The forward featured in United’s pre-season friendly against Derby on Sunday, coming on as a second-half substitute.

The gaffer said: “He was one of the positives. He’s a Manchester United player and he wants to fight for his place.

“He’s come back bright, confident and with lots of energy. I think everyone saw what he did at the end of last season with West Ham.

“He’s still in my plans. I expect him at Man Utd at the start of the season.”