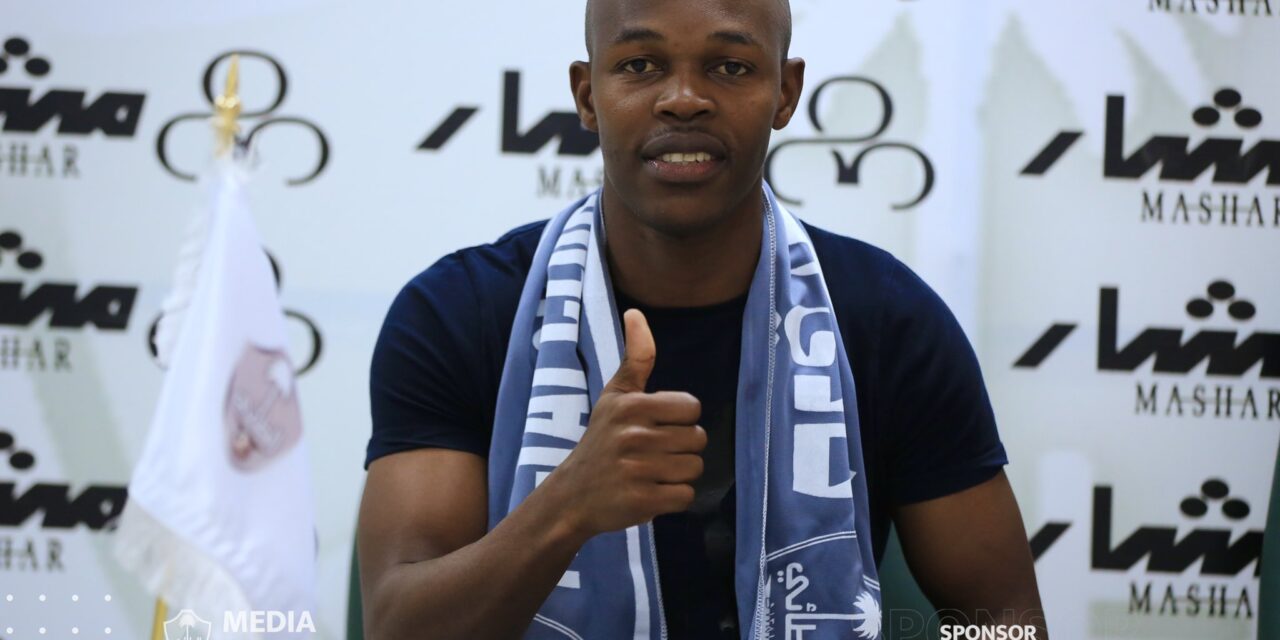 Knowledge Musona completed his move to Saudi Arabia this month, signing a two-year contract with the newly-promoted side Al-Tai FC.

The Warriors captain was unveiled at his new club, marking an end to his six-year stay in Belgium. He will wear jersey number 11 which was not previously occupied at the club before.

During his time at Anderlecht, Musona was also given the number 11 but at KAS Eupen he wore number 20.

Founded in 1961, the club is based in Ha’il, a city in the northwest of the country. It uses the 12,000 capacity seater Prince Abdul Aziz bin Musa’ed Stadium for home games. The venue is shared with city rivals Al-Jabalain, who remained in the second tier.

Al-Tai, nicknamed Knight of The North, played in the lower division last season but gained promotion after finishing third in the MS League. They will compete in the top flight for the first time since the 2007–08 season.

The team’s coach is 46-year old Tunisian gaffer Mohamed Kouki who took over the reins in November 2020.

The club so far has two foreign players registered ahead of the 2021/22 season, including Musona and Bulgarian goalkeeper Martin Lukov. The campaign is scheduled to start in August and runs until May next year.

Al-Tai have little success in recent years, with their last major silverware coming in 2001 when they won the championship in the second tier.

The Knight of The North also won the now-abolished Saudi Crown Prince Cup in 1997.