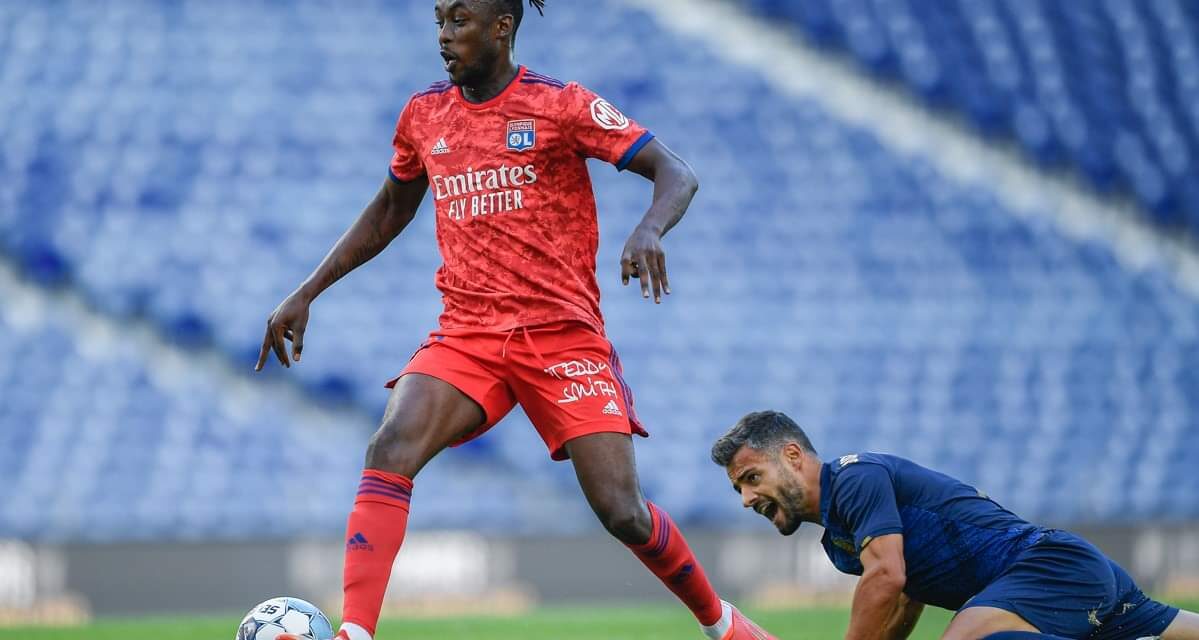 Tinotenda Kadewere has expressed his gratitude to his fans and teammates for their support following his return to action after a long spell on the sidelines due to injury.

The striker featured in Lyon’s final pre-season friendly against Porto on Saturday, coming on as a 63rd minute-substitute. He had missed the team’s other warm-up games as he battled to return to full fitness.

The Zimbabwean underwent a surgery at the end of last season in May after suffering a thigh injury.

Reacting to his return to action, Kadewere posted on Social Media: “Firstly, (I) want to thank you for all the support from the fans, teammates and being able to play some minutes again after three months of injury.

“It really meant a lot, thanks once again to my family for always being there and my club for the help and everything. I still need to work more hard towards the beginning of the new season.”

Kadewere will be available for selection when Lyon begin their 2021-22 Ligue 1 campaign against Brest on Saturday.