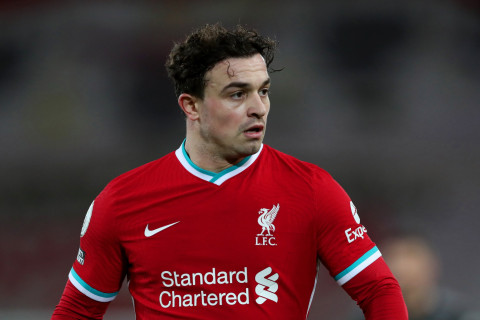 French Ligue 1 side Lyon has completed the signing of Xherdan Shaqiri from Liverpool.

The Reds confirmed the news in a statement: “Xherdan Shaqiri has today completed a permanent transfer to Lyon after three years with Liverpool.

“The Switzerland international finalised a switch that will see him embark on a new chapter in his career with the Ligue 1 club.”

Shaqiri joined the Reds in 2018 and went on to score eight times in his 63 appearances at the EPL side. He won the Premier League, Champions League, FIFA Club World Cup and UEFA Super Cup.

The Swiss international will link up with Zimbabwean striker Tinotenda Kadewere who is in the books of Lyon.