The Premier Soccer League has released the fixtures for the next Chibuku Super Cup round to mark the return of football in the country.

The games were suspended in June following a surge in coronavirus cases. After the government recently gave the green light for the resumption of the action, the tournament is now set to resume with the remaining group stage encounters.

The matches will resume on Wednesday 29 September with Group 1 ties.

No fans will be allowed in or around the stadium.

Here are the fixtures: 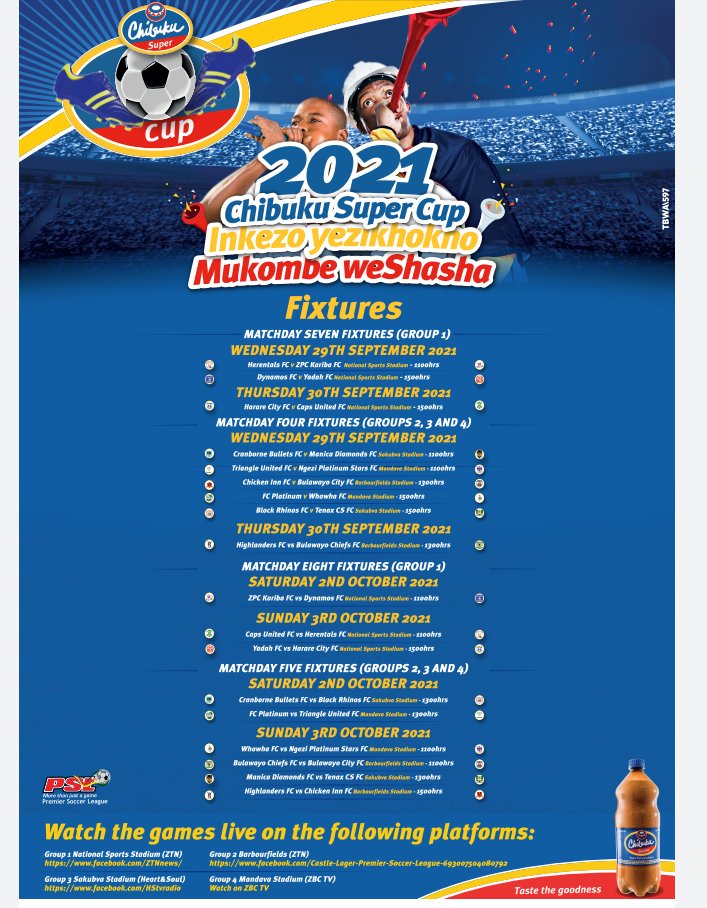 State broadcaster ZBCTV will show the Group 4 games in Zvishavane while ZimPapers Television Network will cover the Group 1 in Harare.

Acacia Media’s Nation TV and AMH’s Heart and Soul TV will stream the games in Group 2 and Group 3 respectively.

Soccer24 will bring you live updates of all the games.