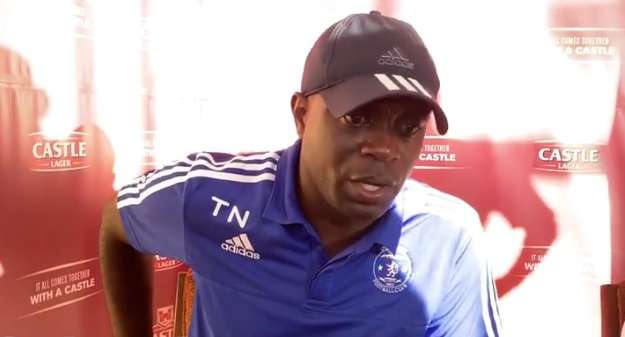 Dynamos moved to within a point of securing a place in the quarterfinals of the 2021 Chibuku Super Cup after edging Yadah 1-0 in a Group 1 match played at the National Sports Sports Stadium on Wednesday.

The Glamour Boys moved to seventeen points on the log thanks to a first-half header from Sylvester Appiah.

The Ghanian connected Godknows Murirwa’s corner kick in the 35th minute after a prolonged spell of dominance and wasted opportunities.

Yadah, on the other hand, only came alive in the second half but could not secure an equaliser and finished the game behind.

In a Group 4 encounter played at Mandava Stadium, Ngezi Platinum booked their place in the knockout round after a 2-2 draw against ten-man Triangle United.

Madamburo secured an early lead through Denver Mukamba’s tenth-minute strike, but Delic Murimba equalised on the hour. Bruno Mtigo restored the advantage a minute later, but again, Murimba was on target not long after to restore parity for the Sugar Boys.

Nonetheless, the draw was enough for Ngezi to book a spot in the next round with two games to spare.

In another Group 4 match played on Wednesday, FC Platinum thrashed WhaWha 4-0 to move closer to securing the qualification.

In Group 2, Chicken Inn beat Bulawayo City thanks to goals from Brian Muza and Clive Dzingai. The victory sees the Gamecocks through to the next round of the competition.