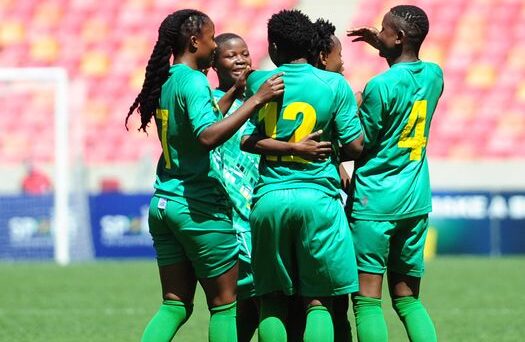 Zimbabwe National Women’s Team has kept alive the chances of progressing to the semifinals of the 2021 Cosafa Women Championship after beating Botswana 3-0.

The Mighty Warriors moved to six points and secured second place in Group B. The side put a better display in the game, utilising most of the chances that come.

Privilege Mupeti opened the scoring for Zimbabwe in the 42nd minute, beating the goalkeeper at the back post. Captain Emmaculate Msipa doubled the lead just after the hour with a header before Rudo Neshamba made it three from a tight angle.

Zimbabwe are now waiting for the results from the other groups to know their position in the ranking of second-place teams.

Only the best-placed runner-up across all the groups will join group toppers in the semifinals of the tournament.

Meanwhile, Tanzania have qualified to the next round after finishing first in Group B with nine points.