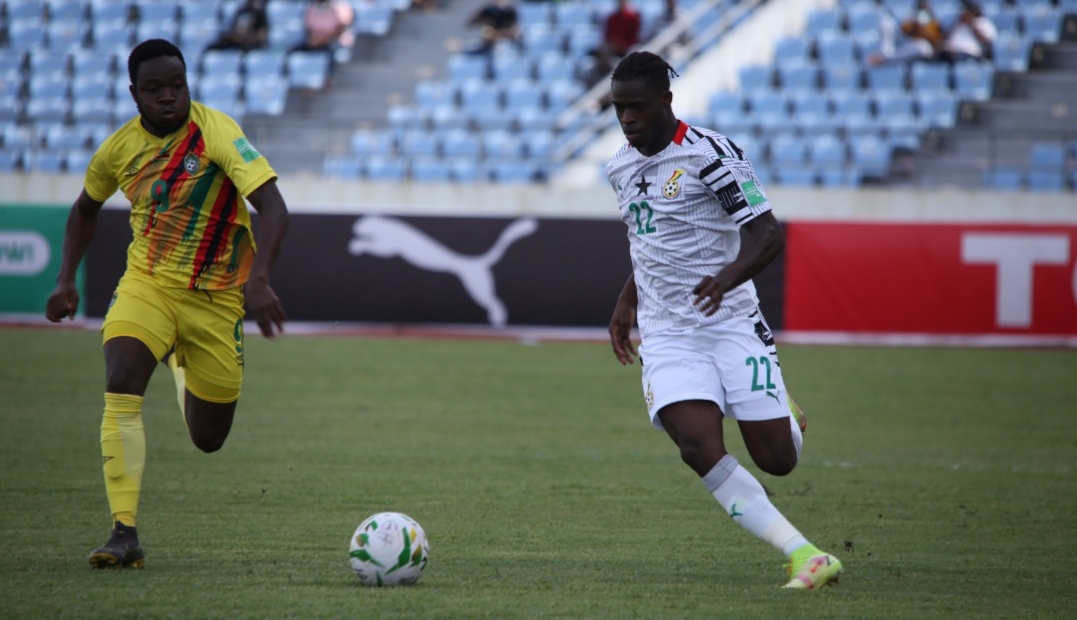 Norman Mapeza’s Warriors side succumbed to a 1-3 defeat to Ghana in a World Cup qualifier on Saturday.

Here is how the players fared;

Washington Arubi – 6.6
The goalkeeper conceded three goals but made a couple of big saves which could have seen Ghana scoring more.

Tendayi Darikwa- 6.9
Despite giving away the ball in the Ghana’s second goal the defender showed some flashes of brilliance and strived to keep the possession. He made a good run in the build-up to the penalty.

Onismor Bhasera – 7.1
The full-back had a decent outing and linked well with Jordan Zemura at the left wing. He played more defensively and was able to contain some threats from his flank.

Kelvin Madzongwe -6.9
Playing as one of the centre backs, Kelvin Madzongwe had good and closed the spaces in the goal area. He made a  couple of clearances on set pieces.

Marshal Munetsi -7
The France-based utility player featured in central defense. He made a number of clearances in set pieces and had the freedom to carry the ball forward on some occassions and aided the team in numbers during the attacks. He was subbed off in the last quarter of the game.

Jordan Zemura – 8
One of the most outstanding Warriors players in the game. The midfielder could have scored but was denied by the post in the second half. He made some threatening runs on the left side and crossed the ball that led to a penalty.

Thabani Kamsoko – 5. 9
Playing on the right wing behind the front three, Thabani Kamsoko din’t create many balls from his flank but had flashes at some points of the game. Overal, his performance was just above the average. He wasted some chances by choosing to goal for goal instead of finding a better-positioned teammate.

Marvelous Nakamba -6 Had a very quiet game, didn’t impose himself on the game as was expected.

Was barely involved in the game and his flank never created any threatening chance.

Knowledge Musona 7.8
The captain scored the only goal for Warriors from the spot. He had a decent performance, playing from deep areas and was creative on his flank where he stretch.

Knox Mutizwa – 6.2
Playing as lone striker, Knox Mutizwa did well to win a penalty but lost a number of duels in Ghana box. He didn’t create any threatening chance but could move around to stretch the opponent’s defense.

Overal team performance- great improvments in transition and ball possession. Better dispaly in attack as they created some big chances.