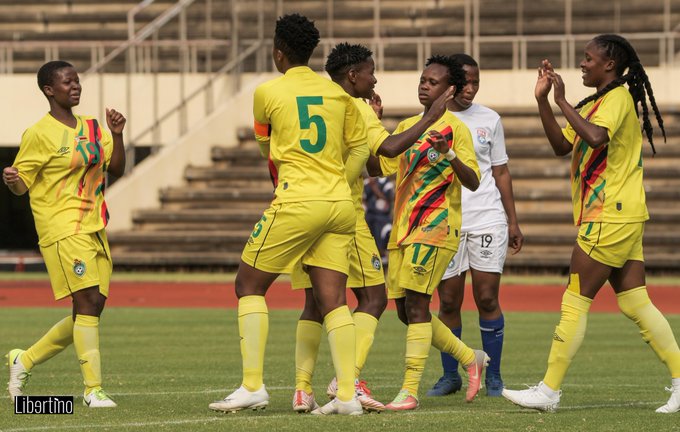 Mighty Warriors secured a first-leg advantage in their Africa Women’s Cup Of Nations, first-round encounter against Eswatini played at the National Sports Stadium on Wednesday.

The national women’s team beat the visitors 3-1 to take a step towards qualifying for the next round.

Coach Sithethelelwe Sibanda missed the services of influential Rutendo Makore due to an injury she picked at the Cosafa tournament.

Zimbabwe took the lead in the 6th minute through Marjory Nyahumwe before Privilege Mupeti doubled the advantage ten minutes later. Nonjabuliso Mokgale pulled one back on the 42nd minute for the visitors, but Emmaculate Msipa restored the two-goal cushion on the stroke of halftime.

The Mighty Warriors will travel to Eswatini for the second leg this weekend.