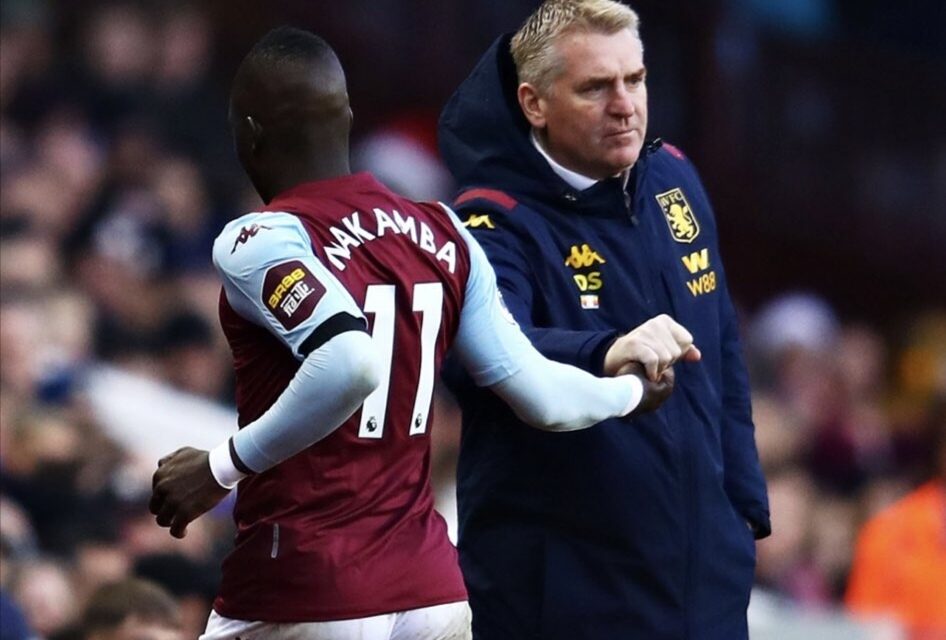 Marvelous Nakamba has paid tribute to former Aston Villa coach Dean Smith, who was sacked from his position on Sunday.

Smith was dismissed following a poor run of results that saw the team going for a five-game losing streak in the English top flight.

He is the coach who brought Nakamba from Belgian giants Club Brugge in 2019.

Posting on Social Media, the Warriors star said: “Thank you for everything gaffer. It was a pleasure working with you.”

Thank you for everything gaffer. It was a pleasure working with you ❤️ pic.twitter.com/p5qLYnIUr0

Under Smith, Nakamba played in forty-nine matches in the Premier League and featured in ten cup games for a total of fifty-nine appearances.