The 31-year old made his debut for Zimbabwe ten years ago as a 20 year old.

Billiat made 45 appearances for Zimbabwe and scored 13 goals.

Below is the letter he penned announcing his retirement. 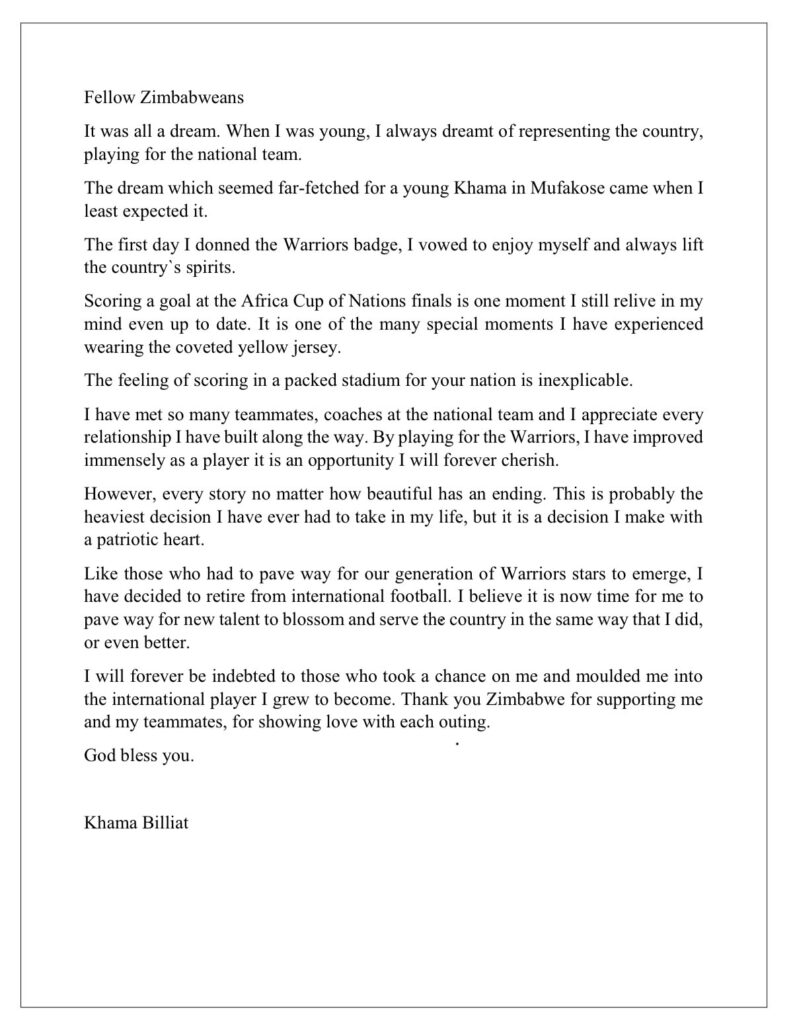