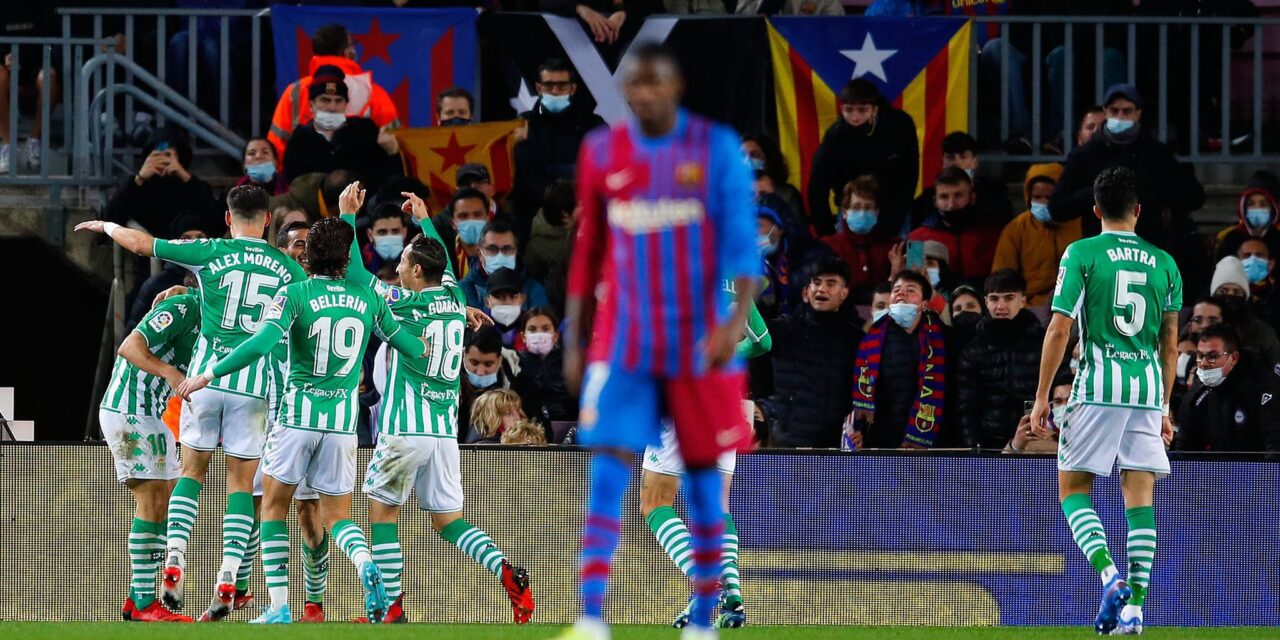 Barcelona coach Xavi Hernandez lost his first game since taking over the reigns as his side succumbed to a 0-1 defeat at home to Real Betis in LaLiga on Saturday.

Juan Migel’s 79th minute sucker punch condemned the Catalan giants to their first loss under the guidance of their former midfield ace.

Barcelona have struggled for goals this season- they have scored only 23 goals this campaign, their lowest tally after the 15 games, since the 2003-4 season.

Up next is a decisive away trip to Bayern Munich on Wednesday, a contest they need to win to salvage their faltering Champions League campaign.