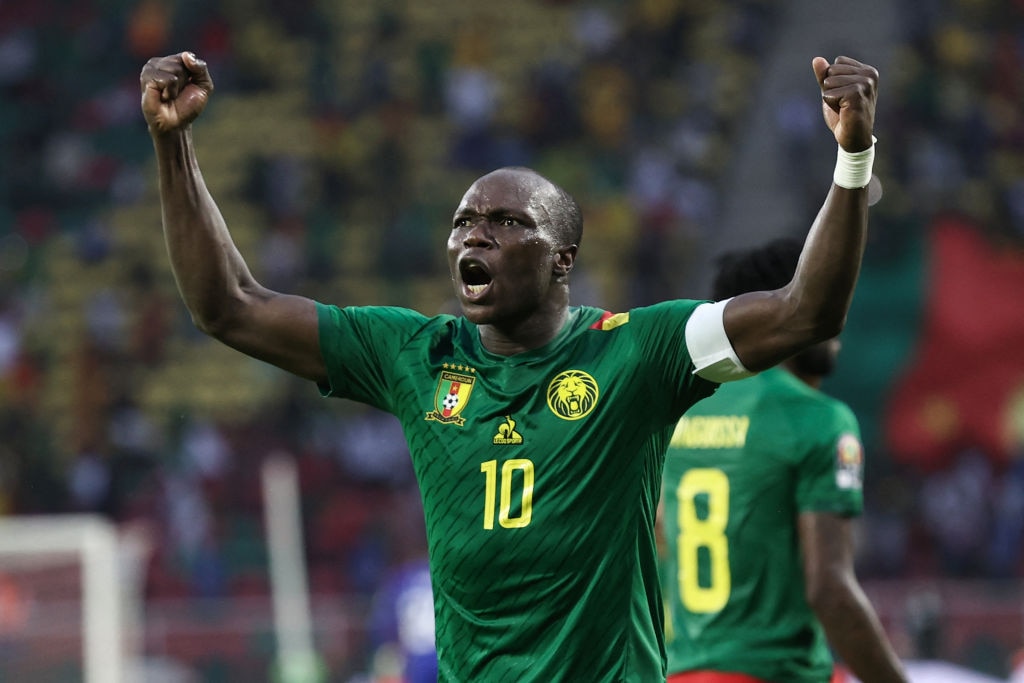 Vincent Aboubakar has launched a scathing attack on Mohamed Salah by insisting that he “isn’t impressed” by the Egyptian star.

Salah is regarded as the most influential player in the Egypt squad, but according to Aboubakar, the Liverpool talisman “doesn’t produce a lot of stuff” in games and is not at the level of other superstars like France international Kylian Mbappe.

The Cameroon captain’s made the claims ahead of the Indomitable Lions’ semi-final clash against the Pharaohs on Thursday.

“He doesn’t impress me much,” Aboubakar, who is AFCON’s top scorer with six goals, told RFI.

“I say it clearly because I’m an honest person, and I have my way of seeing things. If he impressed me, I would say so. But he doesn’t impress me much.

“He’s a good player, he scores a lot ,but he doesn’t produce a lot of stuff in the game. Of course, he’s doing good stuff in the Premier League because he’s been in a team that’s been there for years.

“He’s a good player but not at the level of some like [Kylian] Mbappé.”

Salah has scored two goals at AFCON so far, netting the winner in Egypt’s 1-0 group-stage win over Equatorial Guinea and the equaliser in the 2-1 quarter-final victory against Morocco.