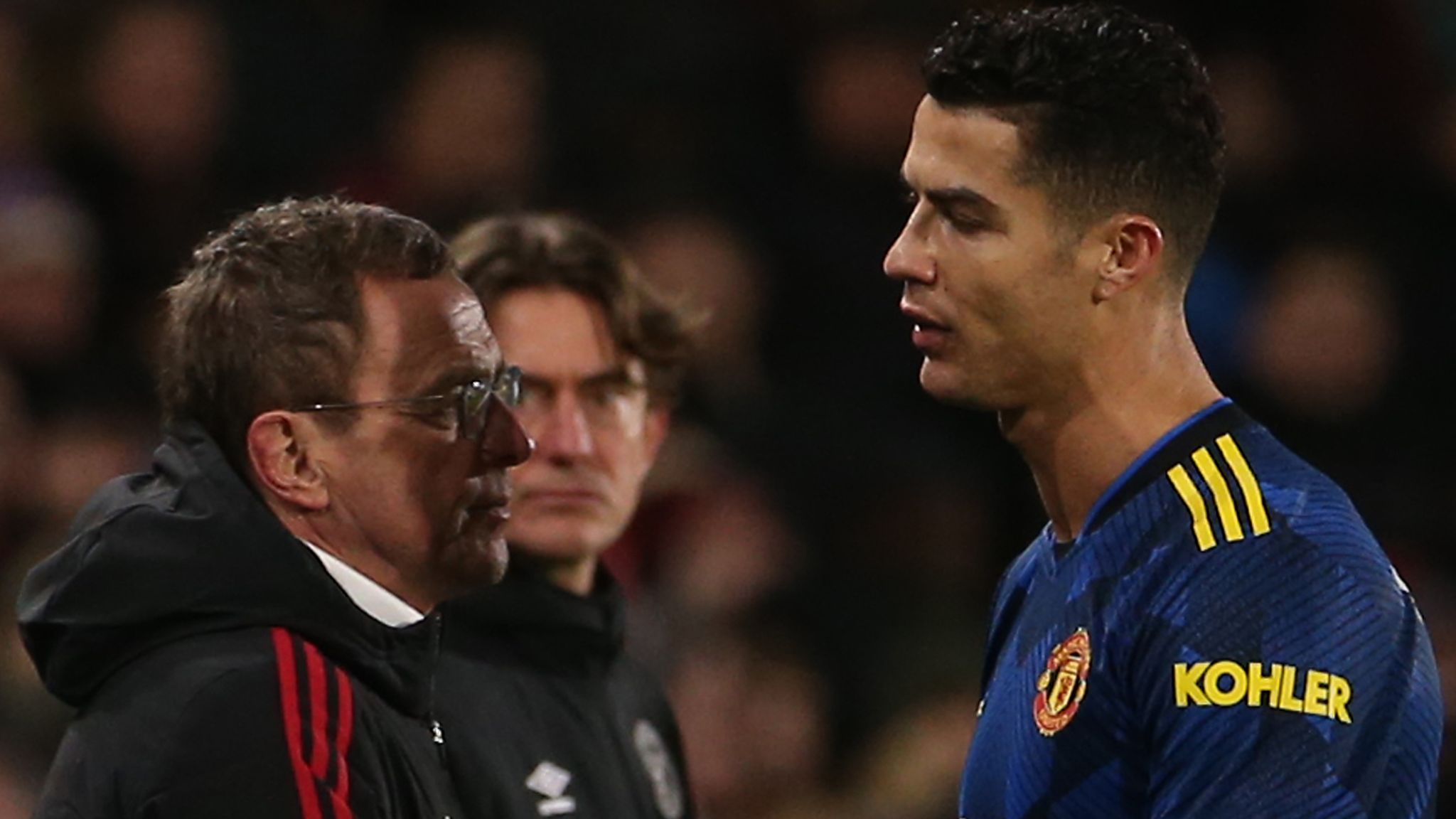 The relationship between Manchester United interim boss Ralf Rangnick and Cristiano Ronaldo has reportedly fractured as the forward believes the manager is out of his depth.

The team is undergoing a series of disappointing results and sits sixth on the English Premier League table.

According to the Spanish outlet, AS, tensions are building in the dressing room, and Rangnick is losing support from the senior players, notably the Portugal international.

The friction is said to have worsened after the German gaffer accused the forward of not performing in front of the goal.

Ronaldo is the club’s top scorer this season but has failed to register a goal in the last five league games.

The star was dropped to the bench and featured as a second-half substitute at Turf Moor. He stormed off down the tunnel in frustration after the final whistle was blown.