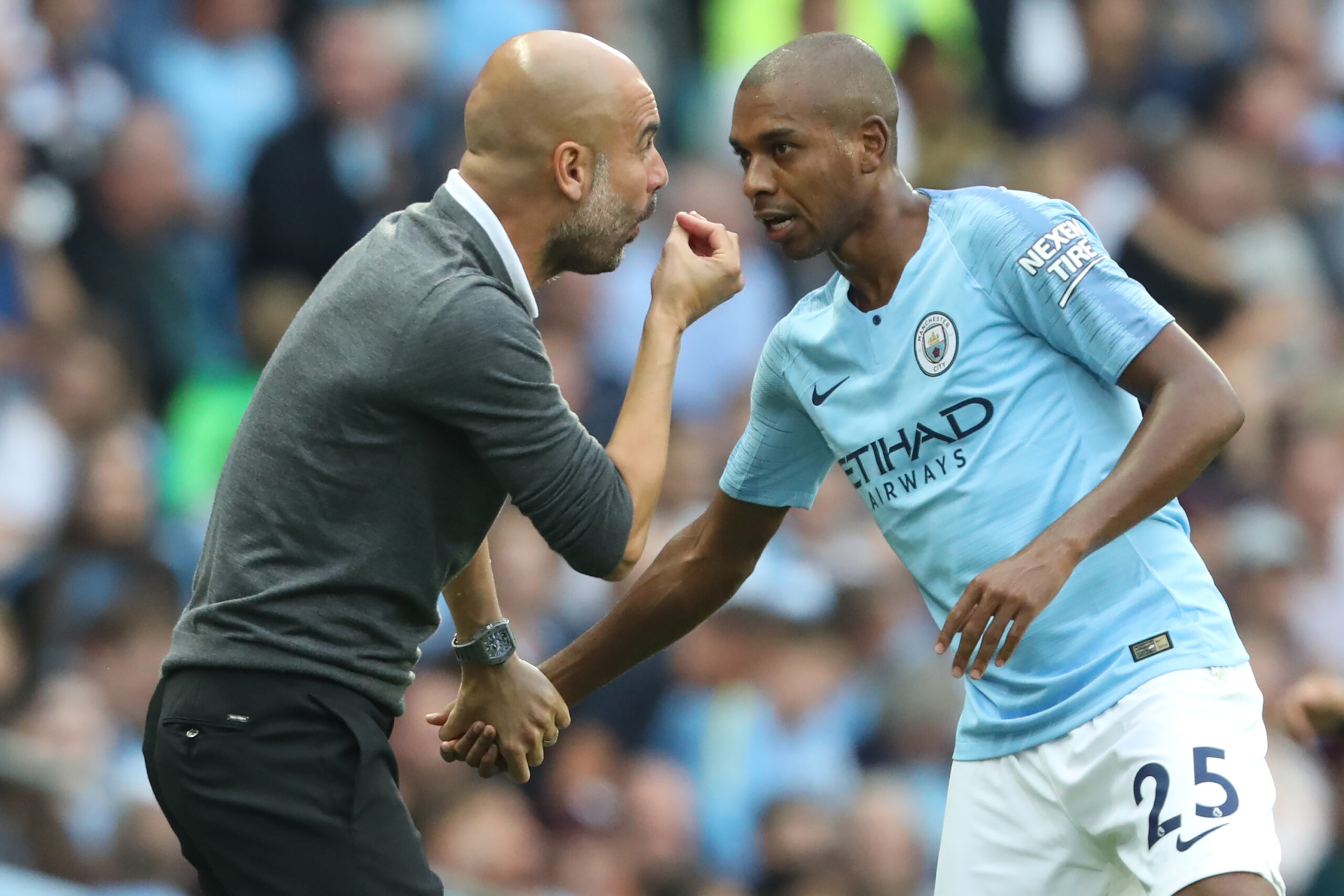 Manchester City coach Pep Guardiola was left shocked after captain Fernandinho revealed that he is planning to leave the club at the end of the season.

Guardiola was not aware of the 36-year-old former Brazil international’s intentions until on Tuesday during a pre-match press conference of the Champions League quarterfinal second leg against Atletico Madrid.

When Fernandinho was asked if he would like to extend his stay at the Etihad for another year, he replied: “I don’t think so.”

Guardiola, who was sitting next to the midfielder during the presser, was surprised by his skipper’s announcement.

“I didn’t hear it. We will see what happens. I don’t know what will happen. He is so important. I’ll ask him.”

The gaffer added: “At the end of the season we talk, maybe it’s because of his family. I would love it. We will talk.”

Fernandinho made his last start for English title-holders and table-toppers City in the home Champions League tie against Sporting in early March.