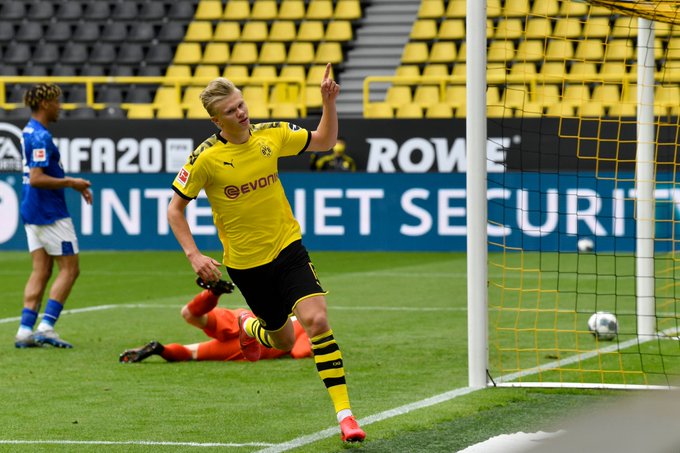 According to reports in the UK, City are now clear favourites to sign the star in the summer transfer window and the club has already agreed on personal terms with the player’s representatives.

It is being claimed that a financial package – which would make Haaland the Premier League’s highest-paid player on more than £500,000 a week – has been given the nod.

A potential five-year deal is also likely to be sealed in the next week or so.

But when Pep Guardiola was asked about the proposed transfer, the City boss refused to discuss the issue in Tuesday’s pre-match press conference ahead of Wednesday’s home game against Brighton.

He replied: “(I have) No answer to your question.”

The gaffer added: “I don’t have the concern or this business in my head right now to think about what is going to happen in this club next season.”